The Moodbeam One looks like it could be mistaken for a charity wristband or a mainstream fitness tracker, but it’s an entirely different breed of wearable. It only wants to track your mood and nothing else.

Moodbeam is a small UK startup aiming to be part of a mental health revolution that the smartwatch market is well-placed to help with.

For its co-founder and co-director, Christina Colmer McHugh, drawing on her own experience played an important part in devising the intriguing wearable.

A few years ago, McHugh’s young daughter was struggling at school, and she found it hard to get her to open up about her feelings. Moodbeam was borne from a desire to make it easy for people to record their feelings, and over time develop an understanding of their own mood without necessarily needing to have difficult conversations all the time.

How the Moodbeam One works 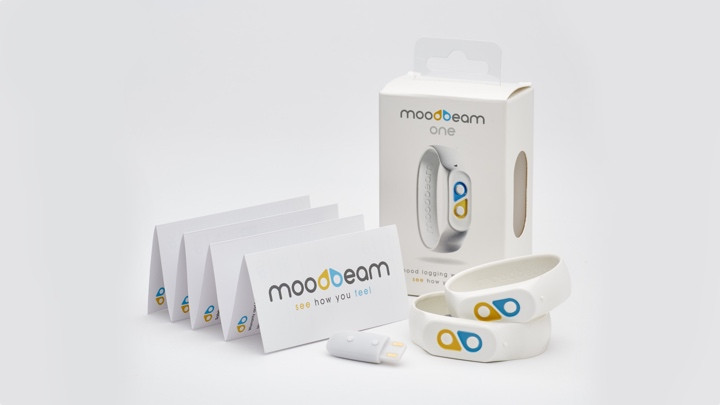 The Moodbeam One is about as simple as a tracker comes, nowadays. For £49.95 (around $60) you get the tracking band, plus a smaller band for narrower wrists. The band has a step counter built in, and tracks your sleep (based on movement), but that’s it outside of its main function, which is found in those two buttons on the face.

Whenever you want to, you can press one to register how you’re feeling, with yellow roughly corresponding to positive and blue to negative. This is entirely self-led, but you can also set up reminders to vibrate your wrist and prompt you to record every so often, if you’re forgetful.

It has a five-day battery life, so you won’t have to charge it every night, and can be worn in the shower or in rain, with some light water resistance.

When the band connects to your phone over Bluetooth, it’ll sync the button-presses you’ve made to map out your recorded moods over time. Within the Moodbeam companion app you can see them graphed, over days and weeks. And that, really, is it.

The One isn’t for someone trying to get fit, or looking to find GPS directions on their wrist – it really only tracks mood

There are no algorithms at play here, and no extrapolation or guided mindfulness programmes. The One isn’t for someone trying to get fit, or looking to find GPS directions on their wrist – it really only tracks mood.

If you want to work out patterns in your mood, so long as you’re self-recording, the data will be there for you to examine, but the tech side of the band isn’t complex. McHugh frames this is as a positive, that it’s selling simplicity. But it’s easy to see that if you’re looking to track more metrics, it might fall short for you, unless you’re willing to wear multiple trackers.

When you consider that the excellent Xiaomi Mi Band 4 is actually cheaper than the Moodbeam One by a chunk, and tracks a whole heap of things including heart rate, it’s clear that there’s some serious competition out there for it. Then again, how many of them let you track your mood?

In terms of the data it is handling, though, Moodbeam is clear that, while information is stored in the cloud, not just locally, it never pairs personal data and personal information. So, in the unlikely event that an attack got through its encryption, all it would yield would be anonymised data. 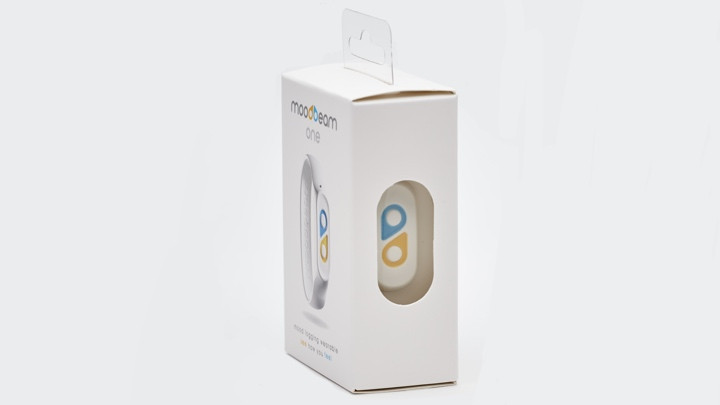 McHugh calls the Moodbeam One “completely binary”, saying, “When we first started off, the idea was maybe to try and log if somebody was excited, or worried, or anxious, or nervous, or happy, or sad. What we discovered through focus groups in the early days was that’s far too complicated, really, to be able to choose from in a moment.”

Now, the wristband supports two choices – by default these are “happy” or “sad”. But within the companion app, users can change these to options that fit their situation, whether that’s “anxious” and “not anxious”, “calm” and “not calm”, or “energised” and “not energised”.

That shows that this isn’t aimed at one specific subset of people struggling with, for example, depression. Rather, the idea is that you can use it to monitor whatever type of feeling you like. Similarly, although McHugh’s idea stemmed from the emotional wellbeing of her daughter, the band isn’t finding a home just with children, or indeed any single demographic.

“The biggest discovery is that it’s pretty much everybody who wants to use it, for so many different reasons. That’s why we’ve kept the tech really, really simple,” she said.

Mood tracking for the masses 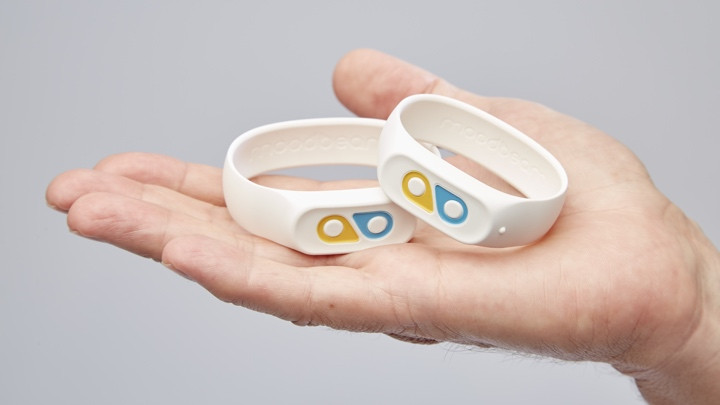 Small organisations are starting from nothing when it comes to distribution, and it’s no surprise that Moodbeam is therefore looking into various partnerships. Of the 5,000 devices it’s produced in its first run, some have been procured by the NHS, for example, which is running trials to ascertain if the tracker could help with alcohol and drug addiction treatment.

Another interesting avenue of exploration is the tracking of mood in the sporting world. Most top-class athletes are already “very data-driven”, according to McHugh, and it would seem that “Some football clubs realise that there’s a missing metric, this evidence to show that somebody might be struggling or homesick.”

Moodbeam could help – for example, it’s working with Tackling the Blues, an initiative between Edge Hill University and Everton Football Club. It’s considering using the One to help its young footballers keep track of their mental wellbeing.

But it’s also working on its own distribution methods to help people benefit from mood-tracking. For every 10 Moodbeam One bands that it sells, the company sets one aside to be sent to someone who gets in contact and is unable to purchase independently.

Looking to the future 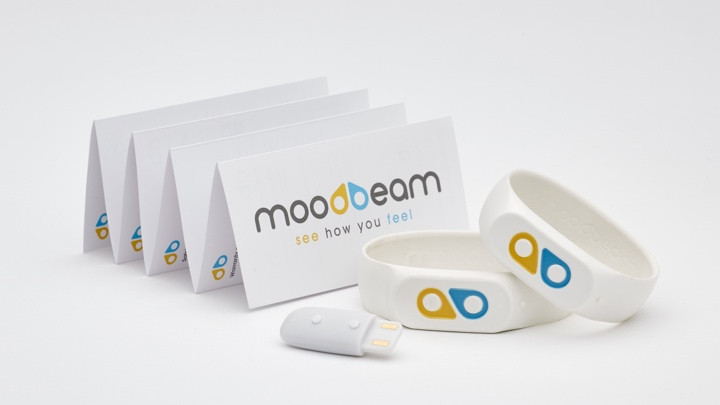 Just as startups like AliveCor got out ahead of big manufacturers by bringing ECG tracking to the Apple Watch via its now retired Kardia Band, Moodbeam is hoping to be ahead of the curve with mood tracking.

So would the startup be open to collaborating with a major player like Apple or Samsung? “We would certainly have a conversation regarding open APIs, regarding how we integrate data.” McHugh said. “If we’ve already spent this amount of time perfecting it, it would be crazy not to have a conversation, really, wouldn’t it?”

Health research and its relationship to wellbeing, is becoming more and more tied to mainstream wearable tech. Look at how Apple drew attention to its new Research app, announced alongside the Apple Watch Series 5 recently.

Major wearable makers are already spending more time exploring adding more mindfulness and wellness features to its devices. Maybe Moodbeam could offer food for thought in terms of what else can be done in this space.

The Moodbeam One is currently available from the startup’s website, but plans are already in motion regarding a second unit. The main focus is still very much on expanding the first band’s compatibility across different timezones over time.

Still, the door is open – could the band even feature a screen, down the line? “We’ve deliberately steered away from having a screen. It’s such a new concept – no distraction. It looks like a charity band, it’s lightweight. The only thing it does is vibration.”

Graduating to more feature-packed products is nonetheless firmly on the table, according to McHugh, with ambition clearly not in short supply. But, for now, attention is centered on helping more people to use the current device.

The conversation around mental wellbeing may have come a long way in recent years but, with the help of wearables like this tracker, it could come even further thanks to this ambitious startup.