The Apple Watch has the power to play music directly from the wrist to a pair of Bluetooth headphones, no matter whether you’re an Apple Music or Spotify subscriber.

However, with the option to play music while connected or offline, there’s actually quite a few steps in playing music on the Apple Watch. For those with a collection of iTunes tracks, you can sync playlists across with ease, but you’re better served with a streaming service, as you’re able to access playlists in just a couple of minutes.

With the process not immediately obvious to newbies, though, and steps changing depending on your service, we’re here to help. Here’s all the details on how to put music on your Apple Watch, including instructions for adding music, connecting headphones and which Apple Watch models let you stream music offline.

How to use Apple Music on Apple Watch 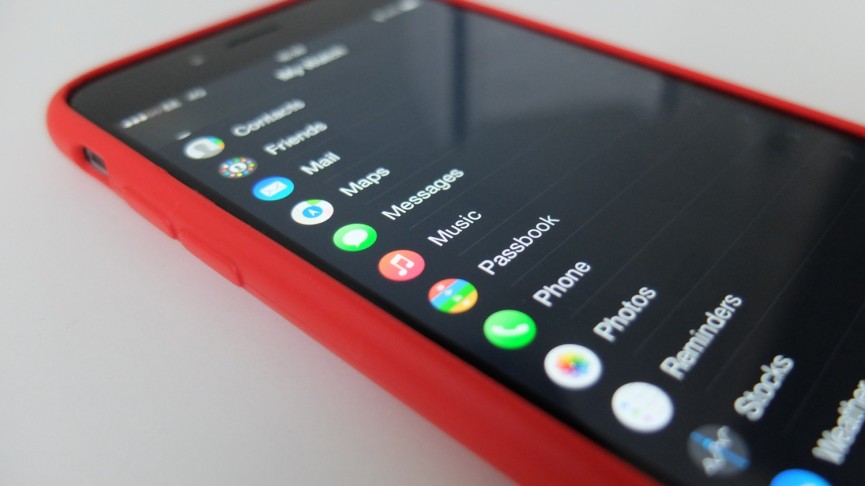 To get started, fire up the Apple Music app on your iPhone. We won’t go through the ins and outs of the app here, but you can search the library of more than 30 million tracks and curated playlists. If you don’t have a subscription to Apple Music, you can still use good old MP3s, but make sure they appear in the Music app through iTunes.

2. Open the Watch app on iPhone

Go to the Watch app on your iPhone and then scroll down to the Music tab. Tap Add music and you’ll be whisked off to Apple Music – and from here you can choose to browse by artists, albums, genres or playlists. Music used to have to be part of a playlist, but now you can add what you want. Just browse, and tap to add.

The music will only be transferred when the Apple Watch is on its charging cradle. The playlist will be marked ‘updating’ until it’s completed, after which it will say ‘synced’. You can add multiple playlists if you want, but when you run out of space, they’ll stop being added. 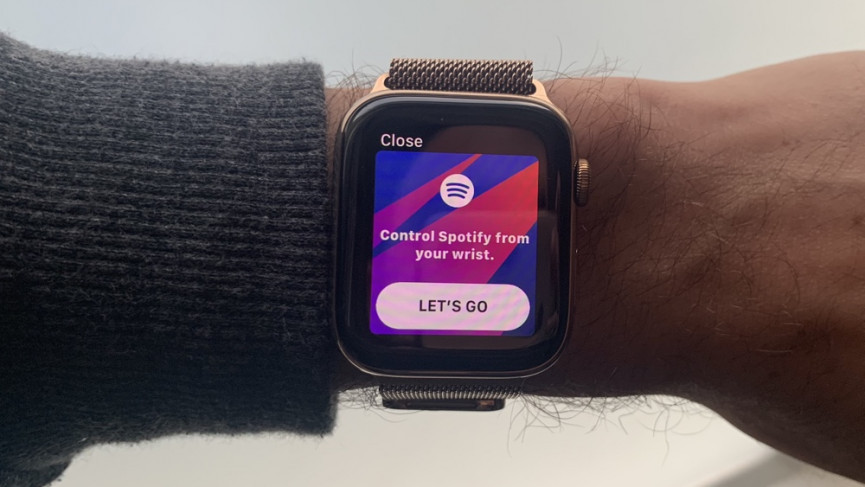 After years of workarounds and hassle, the Apple Watch Spotify app is now here. It’s by no means perfect, and features like offline playback and streaming over a cellular connection aren’t available, but you can still get the basics on your wrist by following the steps below.

Working for both Spotify Free and Spotify Premium users, you’ll need to first make sure that you have the Spotify smartphone app installed and that you’re signed in. To do so on the wrist, go to the Watch app on your iPhone, search the App Store tab for ‘Spotify’, install it and then open it on your Apple Watch.

You can add music to your library straight from the app itself. The prominently placed heart can be tapped, and the track will be added to your music library. To retrieve it, just go to the Songs list in your Spotify library on iPhone.

A swipe to the left also shows you recently played music across your entire Spotify account. From here, you can scroll with your finger or the digital crown and swap albums or playlists. You only get to choose recent items, and you can’t select songs within those items – although you can skip – and set to shuffle using the toggle at the top of the screen.

Music on Apple Watch without iPhone 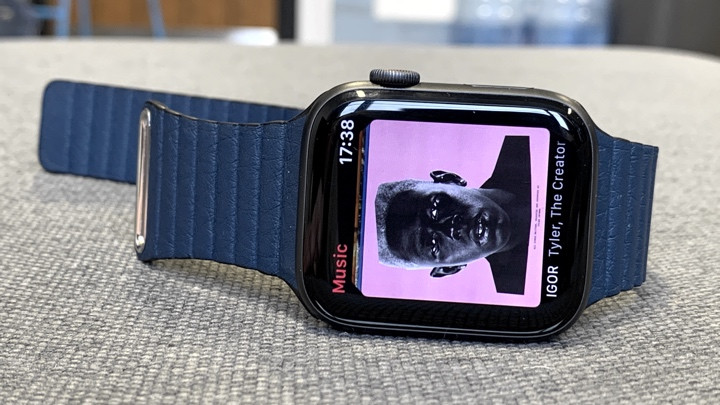 If you’re a Spotify subscriber, you’re unfortunately unable to play music through the service if you’re offline or relying on the Watch’s cellular connection. However, it’s a different story if you have Apple Music and the correct Apple Watch model.

What you’ll need to play music without a phone

To flesh that out a bit, when syncing to any version of the Watch through Apple Music, it will use the device’s internal storage in order to allow you to play tracks without the help of your phone. If you’re offline, though, you obviously can’t start searching for new tracks or playlists – you’re stuck with what’s downloaded on the Watch.

Naturally, always making sure everything is synced over can be a bit of a hassle, which is why cellular connectivity is great for when you want to search and play music not already downloaded onto the Watch. Providing you have an Apple Watch Series 3 or Apple Watch Series 4 with LTE (the red dot or red circle on the Digital Crown) and you’re paying that monthly cellular fee, you can do so. 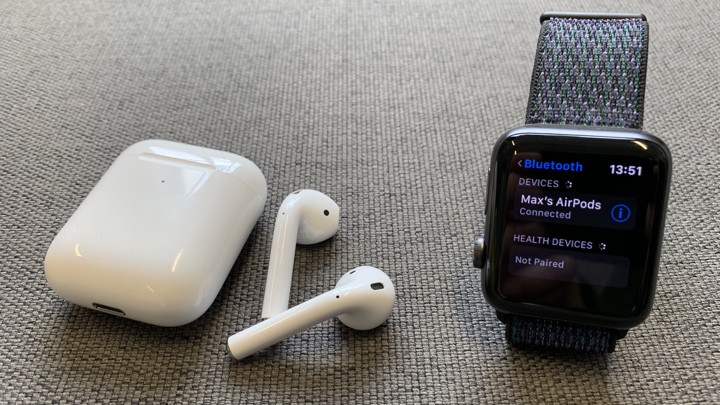 When connecting some headphones to your Apple Watch for the first time, follow the following steps to pair them correctly:

1. Put your headphones in pairing mode

This could be holding the pairing button, as with Apple’s AirPods, although the Apple Watch should detect these regardless, or whatever method your manufacturer of choice has given to initiate pairing mode on its headphones.

2. Go to Bluetooth settings on your Apple Watch

Tap the settings gear app icon on your Apple Watch, and then tap the Bluetooth option to see the available devices.

3. Select your headphones and wait for them to pair

Tap on the headphones you’d like to pair, which should appear in due course. From this point onwards, your Apple Watch should detect the headphones and pair with them when they’re turned on in range.

If music starts pumping out of your iPhone, instead, you’ll need to force the issue by pressing and holding on the watch screen and choosing Bluetooth playback to send it to your headphones.