Sleep science is where Fitbit has managed to outpace its rivals, and it’s become more useful with the introduction of Sleep Score.

If you’ve opened up the recently revamped Fitbit app, you might have noticed the Sleep Score feature has finally come out of beta and is available to all. The feature offers a new way to review and interpret the sleep data tracked from a Fitbit device.

Sleep Scores are available if your Fitbit is equipped with a relative SpO2 sensor, which to date includes the Charge 3, Versa, Versa Lite, Ionic and forthcoming Versa 2. Sleep Score then factors in insights around your breathing quality and blood oxygen levels.

Now that Sleep Score is out of beta, it’s been revealed that certain elements are exclusive to Fitbit Premium members. Namely, if you want to see your Sleeping Heart Rate, and to have access to programs designed to improve your sleep, you’ll need to subscribe to the new service.

We tested our Sleep Score while it was still in beta by wearing a Fitbit Charge 3 for a week. You can read about our initial experience below and more information on how your Sleep Score is calculated. 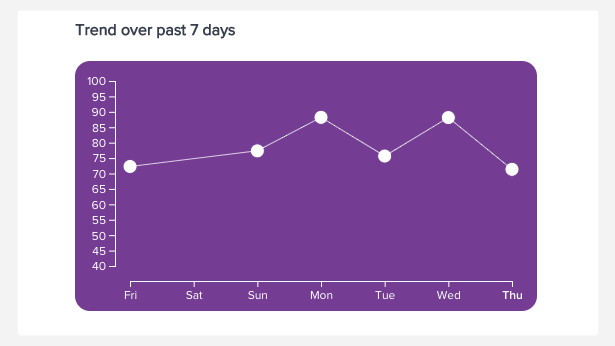 The most immediate change is the introduction of a Sleep Score at the end of each night. “Some feedback we got was to simplify it into a single number so people could come have a simple metric,” said Dr Conor Heneghan, lead sleep research scientist at Fitbit. So any score above 80 would be considered a good night’s sleep, something in the 70s would be fair, and anything below that is… not great. Fitbit says that most users get a score between 72 to 83.

But this number is made by combining three other scores, which Fitbit also breaks out. The first is Sleep Duration, which looks at your length of sleep and compares to your average bedtimes and wake-up goals. It also compares your sleep duration against the average score for your age/gender bracket. Sleep Depth, the second score, is calculated from how much time you spend in deep sleep and REM within your benchmarks.

The third score, Restoration (referred to as Revitalization during the beta), is a little more interesting. Here Fitbit is using data from the SpO2 sensor to measure your blood oxygen saturation during sleep. It also looks for breathing disturbances and compares your heart rate during sleep to wake hours.

Even though my sleep duration was good on both those nights, travel had a visible impact on my Revitalization score

This will be the first time Fitbit’s relative SpO2 sensor has a visible use, but there are many other factors wrapped into the Restoration score. For example, if your heart rate is elevated during sleep due to stress or oncoming illness, your Restoration index will be lowered.

I tested Sleep Score over a week in which I’d be traveling a lot. A 15-hour plane journey would certainly affect both my sleep patterns and my oxygen saturation. Pulse oxymetry tests have shown that high-altitude travel has an effect on oxygen saturation, so I knew that even on a plane like the Boeing 787, which locks its cabin air pressure to 6,000 feet altitude (most other planes keep it between 6,000 and 8,000), would still be enough to knock my oxygen levels down a bit. 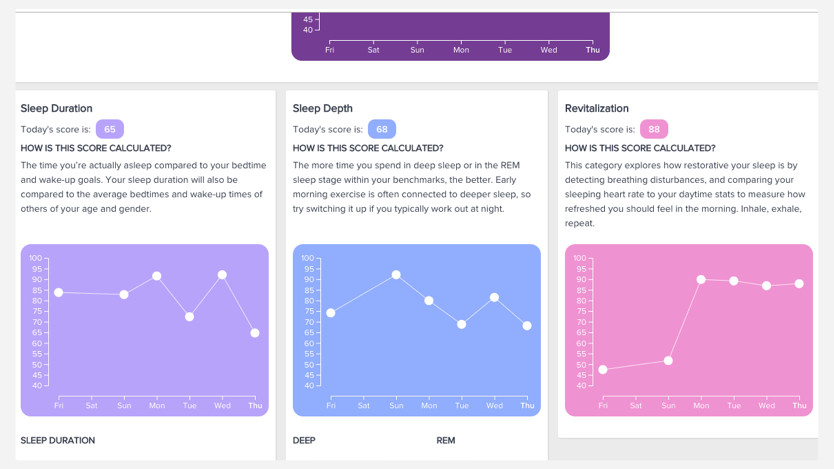 And sure enough, it did. See how my revitalization dropped to between 45-50 between on Friday and Sunday. Even though my sleep duration was good on both those nights and my sleep depth wasn’t terrible, travel had a visible impact on my Revitalization score. 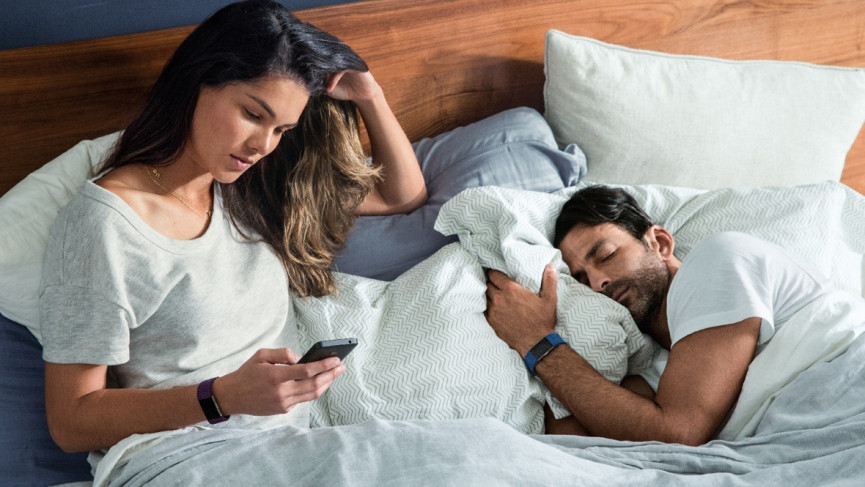 It’s in the Restoration index that Fitbit says it will look for signs of asthma, allergies and even sleep apnea. Sleep apnea, where breathing stops and starts during sleep, causes blood oxygen levels to fluctuate. If your Fitbit sees your oxygen levels are low during sleep, and that your sleep is often disturbed, it will let you know that something is wrong, and that you should maybe see a doctor.

Read this: Everything you need to know about your Fitbit

But until Fitbit gets FDA clearance, it won’t actually be able to say that these patterns are indicative of asthma, sleep apnea or other conditions. Instead you’ll get a notification telling you that there is variation in your sleep quality that seems to be related to breathing, and Fitbit will highlight some things that could be affecting this.

“We’re continuing our clinical trials to collect the data to support that final application,” said Conor, discussing the company’s work with the FDA. “We’re still at the early stages of testing.”

Fitbit users with devices that don’t have an SpO2 sensor will still get the new Sleep Score features, but won’t get any specific information about breathing quality. 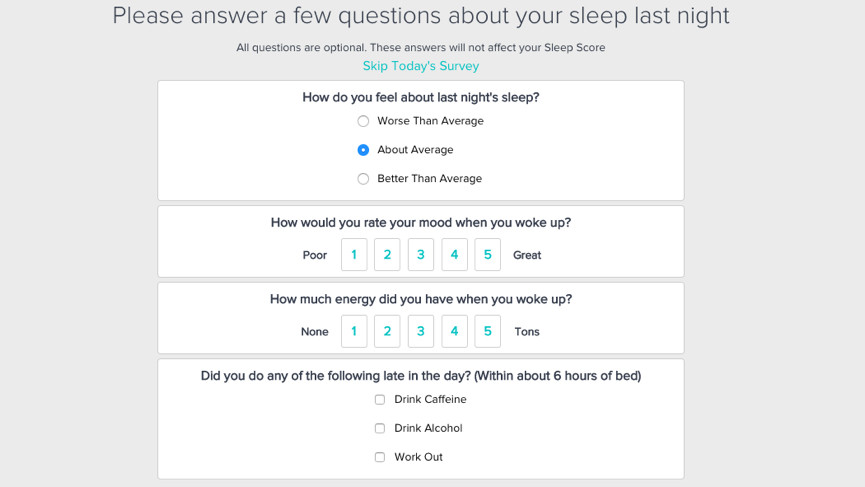 As part of the beta trail, Fitbit is giving participants a survey each morning asking how well they slept, how much energy they have and whether they drank coffee, alcohol, or worked out close to bedtime. Users won’t get these questions when the feature finally rolls out, but right now it’s helping Fitbit improve the system. Heneghan said that Fitbit will run the trial for two to three months, giving it time to tweak the algorithms and how the factors are weighted.

So the big question: does any of this make Fitbit’s sleep tracking better? I think for a lot of people, simplifying all this information into a nice round score will certainly help. Currently Fitbit displays the night’s sleep as a graph of sleep stages with another to show how your results compare to your demographic. But this may be needlessly complicated for people who are getting the right amount – and quality – of sleep, while those who aren’t have the option to dive deeper into the data.

More interesting is that this marks another step forward in Fitbit’s quest to be more diagnostic, and with Apple’s ECG now live in the Apple Watch, the race is most definitely on. 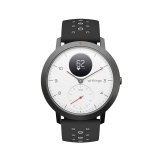 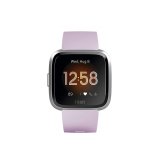 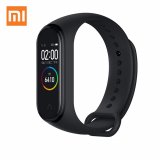 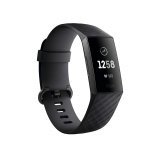