If you missed the news about Apple’s new U1 chip, then we don’t blame you. That’s because it wasn’t officially announced during the big unveiling of the latest iPhone 11 line-up. That’s despite the fact it’s built into all three of Apple’s new smartphones.

Since then, some information about the new tech’s capabilities has been added to the Apple website, but details are scarce.

What we know, officially, so far is that the chip brings precise location tracking features to the new iPhones, including more accurate spatial awareness when you’re using AirDrop.

However, if rumors and theories based on Apple patents are to be believed, there’ll be plenty more uses for the U1 chip in the near future.

Applications could include gesture-based controls to better interact with all kinds of smart devices, augmented reality (AR) tracking and a more secure way to keep tabs on valuables, electrical items and, possibly, even people.

What is the new U1 chip? 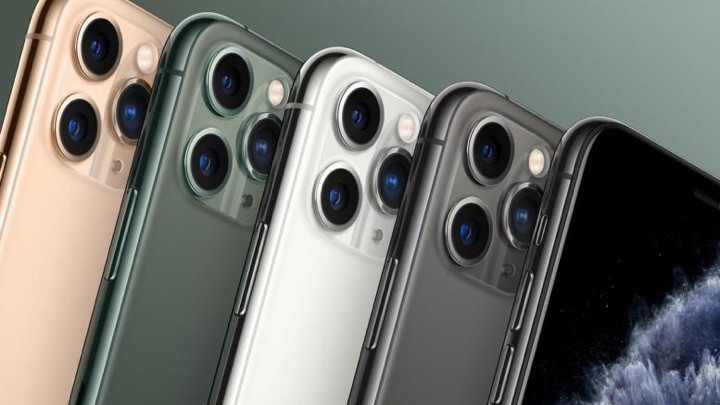 The U1 chip is inside the latest iPhones and the U stands for Ultra Wideband. This positioning technology, which is commonly known as UWB, utilizes short-range radio signals to measure the distance between two separate devices that both contain the chip.

This technology isn’t exactly new. But until now, it’s been used mainly for industrial purposes in order to track the location of products in warehouses or factories.

Although Apple kept quiet about the chip at the iPhone 11 launch, its early capabilities are described on the Apple website:

“The new Apple‑designed U1 chip uses Ultra Wideband technology for spatial awareness – allowing iPhone 11 to precisely locate other U1‑equipped Apple devices. Think GPS at the scale of your living room. So if you want to share a file with someone using AirDrop, just point your iPhone at theirs and they’ll be first on the list.”

Imagining “GPS at the scale of your living room” may sound far-fetched, but the position tracking of the U1 is highly precise. It works by sending a radio signal to another device. This signal moves at the speed of light and the round-trip time it takes to get there and back determines exactly how far away it is.

There are many benefits to UWB. The main one is its precision, as according to reports it should be able to track the position of another device or object to within centimeters. What’s more, it doesn’t require a great deal of power to work and its methods of position tracking are more secure than similar kinds of technology.

“Apple’s U1 Ultra Wideband chip gives Apple much greater range than NFC, and much more precision than Bluetooth,” Mike Feibus, a principal analyst and president of FeibusTech, tells Wareable. “That opens up a lot of new avenues for Apple in device tracking. Right now, Apple is using it to make it easy to transfer files between two iPhones. But as more devices carry the chip, more options open up.”

Right now, the capabilities of the U1 chip are limited. Apple has only highlighted the use of transferring a file via AirDrop and offering a smoother, more reliable transfer experience. However, this could just be the beginning.

What the U1 chip means for wearables 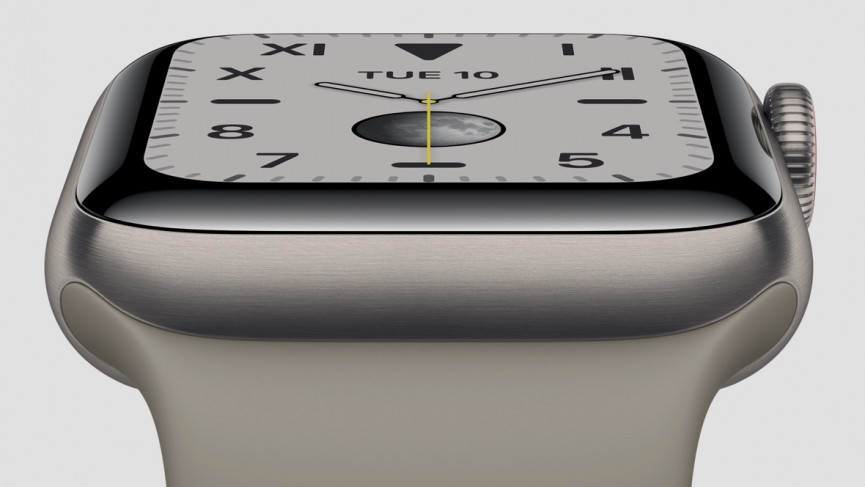 The use of the U1 chip may sound a little dull until we begin to think about what it means for how we interact with the iPhone, the Apple Watch and any future wearables Apple might be developing.

We’d definitely put money on a similar U1 chip being baked into future Apple Watch wearables. This could allow us to keep tabs on the smartwatch for security purposes if it moves away from our wrists. It could also turn the Apple Watch into a super navigational device, helping us to pinpoint the exact locations within Apple Maps or large malls.

The U1 chip could also allow us to wear an Apple Watch and then interact with it, or other devices and interfaces, by tracking the positioning of our hands. In a tweet, Brian Roemmele, founder and editor at Read Multiplex shared an Apple patent, which details what he refers to as “spacial gestures.” The images show two wearables, one on each wrist, which could be capable of tracking and interpreting different hand movements and gestures.

As well as the wearables we already know about, like the Apple Watch and its future iterations, the U1 chip could also unlock different ways of interacting with wearables that aren’t with us yet. One of the most exciting is the long-rumored Apple AR headset or glasses. 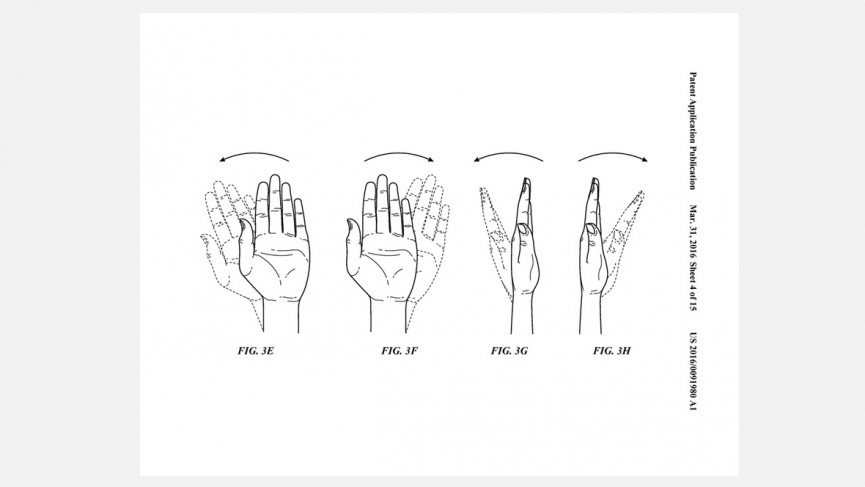 In a Quora post about the U1 chip, Brian Roemmele writes that precise positioning “will become crucial to AR/MR/VR environments for fine-tuning of spatial coordinates.”

Think about it. For AR to work and overlay virtual elements on the real world, knowing the exact location of other people, devices and things within your home or office environment is crucial.

“The U1 chip could really enhance AR and VR, because your location matters a lot,” Feibus tells us. “Some gaming systems, for example, have elaborate tracking setups which precision in-device tracking could simply and cheaply replace.”

But how would this work exactly? Roemmele believes it’s the U1’s mapping abilities that could prove to be huge for AR.

“It is entirely possible to build a useful AR/MR/VR map of any indoor space using the Apple U1 chip in just a few minutes,” Roemmele writes. “This can be utilized with the same laser and/or IR technology found in the iPhone for FaceID.”

He explains: “Thus with a combination of the Apple U1 chip and Apple A13 Bionic neural engine we will have one of the most sophisticated spacial mapping and analyzing systems in any currently available consumer device.”

Roemmele is quick to point out that, although this kind of super-precise tracking could raise privacy concerns, there’d be little to worry about given the fact data from the U1 chip and FaceID would be stored in the Secure Enclave – a hardware component of Apple devices that separates sensitive information and adds a high level of security.

As well as being able to track the precise location of things within the home, including other objects and Apple products, the AR system could work in tandem with the gesture-based system detailed above. This could involve ‘reading’ hand gestures, which means the Apple Watch could be set to play a key part in Apple’s AR vision and connect up with AR eyewear to create a virtual interface.

This is interesting speculation given that Facebook-owned Oculus has recently lifted the lid on hand-tracking, which will be coming to its next update for the Oculus Quest VR headset.

Keeping tabs on your tech 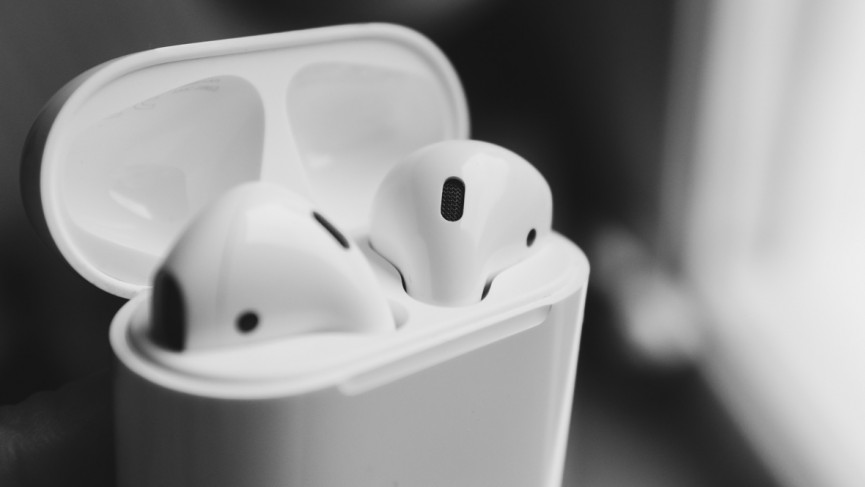 If you’re wondering why Apple kept quiet about the U1 chip at the iPhone 11 event, there are many who believe it’s because the company might be waiting until its new rumored tag device for tracking personal items is officially announced later in 2019.

Numerous tech sites have found a reference to a system, possibly called Apple Tags, in iOS 13. It’s believed that this would work in a similar way to Tile – but using UWB rather than Bluetooth. That means you’d attach a tag to a valuable item or gadget and if it moves out of range of you, or your iPhone, you’d be alerted.

In his Quora post, Roemmele writes that all Apple products may be fitted with a U1 chip like this in the future. This would make it extremely difficult to steal or misplace an Apple device – you’d always be notified when something leaves or enters your direct vicinity.

It’s not hard to imagine other applications of tracking technology, including locating pets and even people. “It could also be a great way to keep tabs on the activity and location of the elderly and infirmed without the invasiveness of cameras,” Feibus suggests.

Rather than finding things that have gone missing, it could also help us to locate things around us. One example would be finding a product within a large store. You could type in what you want to find, or ask Siri, then be instantly directed to it. The same could go for navigating large buildings or offering up more precise directions alongside Apple Maps.

For example, a company called Locatify is already using UWB to aid in treasure hunts and location-based apps, as well as provide more useful audio guides in museums and art galleries because it can precisely pinpoint when you’re passing a certain exhibition, tailoring the audio accordingly.

There’s also a great deal of potential for UWB closer to home, for creating more useful and safe experiences with the connected devices we use every day. Writer and podcaster Jason Snell from Six Colors writes:

“Imagine a whole-home audio system moving music playback through multiple rooms based on the location of an individual listener. Consider the peace of mind of knowing that your smart door lock won’t open unless you’re standing right in front of it – and can lock the moment it knows you’re inside.”

It’s also worth looking to the manufacturers already using UWB to see how Apple’s products might work alongside them in the future. For example, lots of automotive manufacturers are demonstrating UWB systems for unlocking cars, including Volkswagen, because it’s more secure than other location-tracking methods. 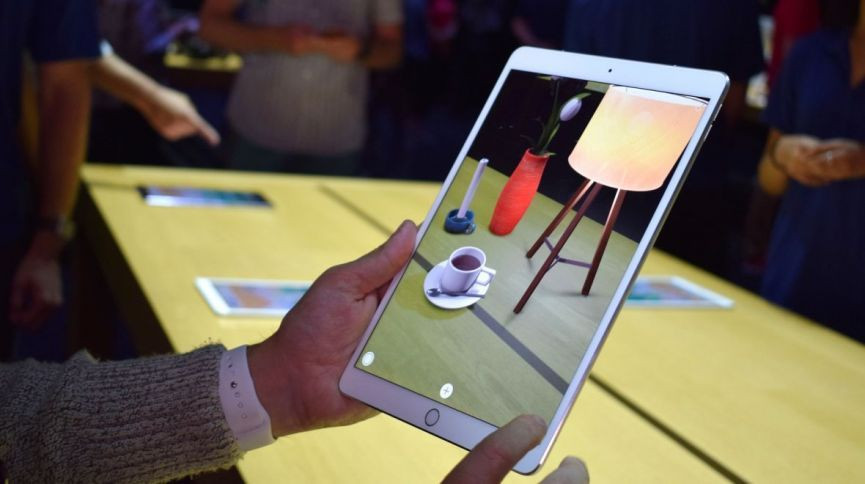 Imagine if all of the smart devices you currently use contained a U1 chip.

They would all work seamlessly together, allowing you to have a smart home that’s tailored to your exact location at all times with the perfect temperature, lighting and sound as you move from room to room. Shopping experiences would be completely fuss-free as you’d ask Siri exactly where products are and pay for them instantaneously with Apple Pay.

You could also experience AR environments, which integrate effortlessly into any room, presenting you with the opportunity to interact with virtual elements with hand movements, head movements and gestures.

Of course, many of the use cases of the U1 chip are speculations for now. But they’re largely based on Apple’s past announcements, patents and the areas we know the company is pumping a great deal of time, money and investment into – including AR development.

Get your next Apple fix

It might still take a long time for all of Apple’s devices to get the chip, though. What’s more, this vision of a U1-filled future will require a joined-up approach with other manufacturers across a range of industries. But this is unlikely to be a problem for long.

“Precise positioning is definitely an emerging area for smartphones, wearables, smart speakers and other connected devices,” Feibus explains. Google, HTC and Samsung are already members of UWB trade groups, so it may not be long before it becomes a standard.

Once it does, this position-tracking technology could dramatically change how our smart devices interact with each other and how we interact with them.