When was the last time you stopped to think about whether your fitness tracker or smartwatchreally knows what it’s monitoring and whether it’s making the best suggestions for your long-term health – as well as your privacy?

Like all technology products, most health devices and apps need to go through a series of quality and safety checks before they make it to the consumer market. But the rules about wearables are more complicated than you’d think.

Essential reading: Health tech startups to look out for

Not only is that because wearable tech is a relatively new category, but the definitions about what makes a wearable a medical product or just another gadget are hard to understand – and subject to change. There are also an increasing amount of products that straddle the line between medical device and health and fitness wearable.

So who decides what’s safe and what isn’t? And how do they do it?

The big question: What is a wearable medical device? 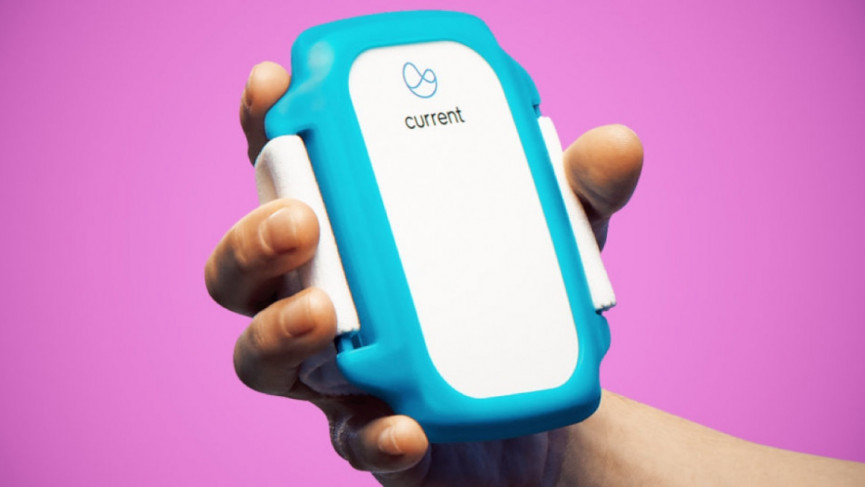 In the UK, the part of the government that deals with health technology regulation (at least for now) is the Medicines & Healthcare products Regulatory Agency (MHRA). It’s an executive agency of the Department of Health, which is essentially the same as the FDA in the US.

Read this: How FDA approval affects your wearables

It’s the body in charge of ensuring that all medicines and medical devices available on the UK market reach certain standards of safety, quality and efficacy. They’re checked, they’re standard tested and, ultimately, okayed. But to fall under the MHRA’s remit in the first place, these products need to meet certain conditions.

There’s a lot to wade through when it comes to all the various checks and standards MHRA needs devices to follow. But the most important question when it comes to wearable tech is whether a device is classed as a medical device.

“A wearable will generally be treated as a medical device if it is intended by its manufacturer to be used (for humans) for the diagnosis, prevention, monitoring, treatment or alleviation of a disease, injury or handicap, or to compensate for an injury or handicap, or to investigate, replace or modify the anatomy or a physiological process,” says David Naylor, a partner specialising in technology and privacy at the law firm Wiggin.

“Devices which are used for the control of conception are also classed and regulated as medical devices.”

Getting that thumbs up 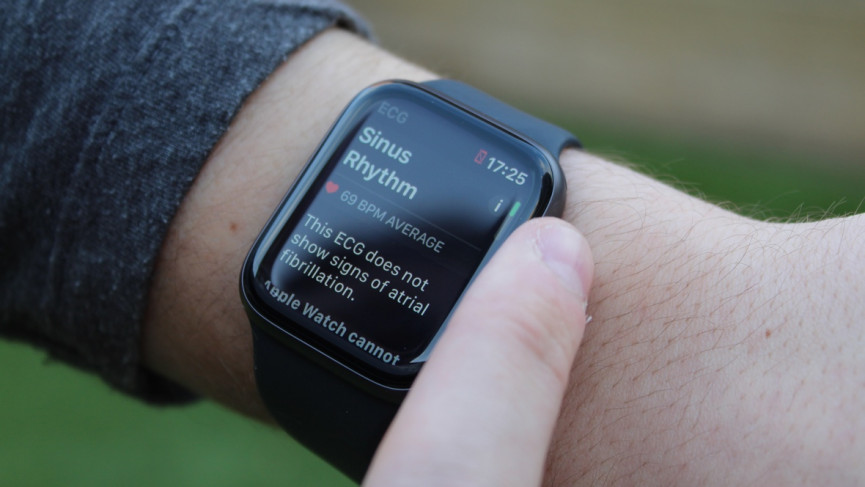 The FDA in the US cleared the Apple Watch Series 4 for its advanced method of monitoring heart rate using an electrocardiogram.

It was also cleared for the ability to detect and notify a user of an irregular heart rhythm.

Both features are not intended to be used by people under the age of 22. The irregular heart rhythm feature is not intended for people who have been diagnosed with atrial fibrillation.

Depending on whether a wearable is officially considered a medical device or not will determine the next steps.

“If a wearable or an app is a medical device, this will generally mean that the device must be designed from the outset and manufactured in such a way as to minimise the possibility that the device might compromise the condition or safety of patients and users,” Naylor tells us.

Read this: How to use ECG on the Apple Watch

Naylor explains that there are a number of criminal sanctions if a company doesn’t comply with the medical device regime, which could involve a fine and even imprisonment.

What about if it’s not a medical device but is focused on health and fitness? “Then it will be treated like any other consumer electronics device,” Naylor says.

“There will still be some regulatory requirements that need to be complied with before it’s put on the market, like a CE marking to demonstrate that it conforms with applicable health, safety and environmental standards, but they’re not as stringent as the regime governing medical devices.”

The implication for consumers here is that you should always use wearable devices and apps in the way they’re intended. Even if you could use a device to monitor a medical condition, it doesn’t mean you should – it’s all about what the device was manufactured, designed and promoted to do.

Of course that’s much easier said than done. The current regulation is problematic because if something isn’t classed as a medical device, it largely goes to the consumer market unregulated. Or, as Naylor points out, the regime isn’t as “stringent”.

What about all of your data? 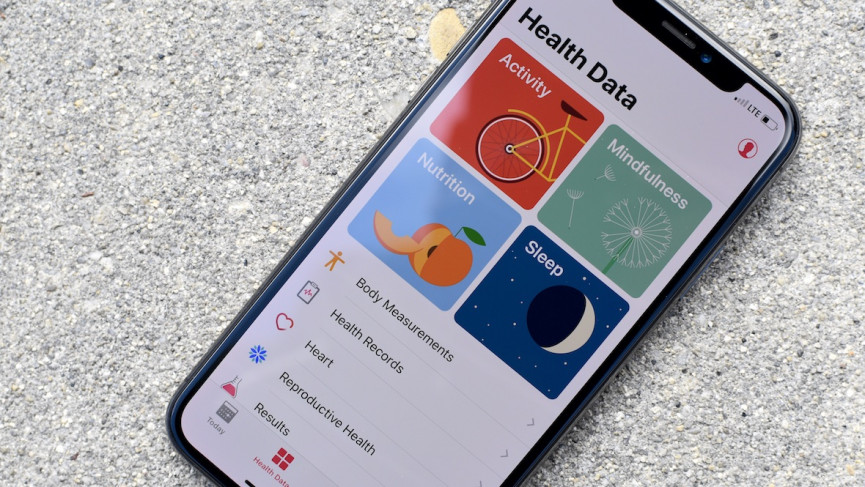 Naylor tells us that whether or not a wearable is a medical device or not isn’t the only regulatory regime that’s relevant to wearable technology.

“Typically, wearables gather significant amounts of data, much of which is often sensitive data, too,” he explains. “So wearables manufacturers and app developers will also need to ensure they comply with the applicable data protection regime. As many people will be aware, the GDPR in Europe imposes potentially significant liability on data controllers that fail to comply with the law.”

This largely involves offering privacy by design and default. Naylor explains that, as way of example, fitness trackers that make user locations publicly available by default would now be in breach of EU data protection law.

“Data controllers must also comply with data protection law generally, which affects everything from what data they can collect, how they use it and share it, how long they can keep it, and the information they need to provide to users regarding their data, and obliges them to respect a broad range of data subject rights,” Naylor tells us.

Implications for the healthcare industry 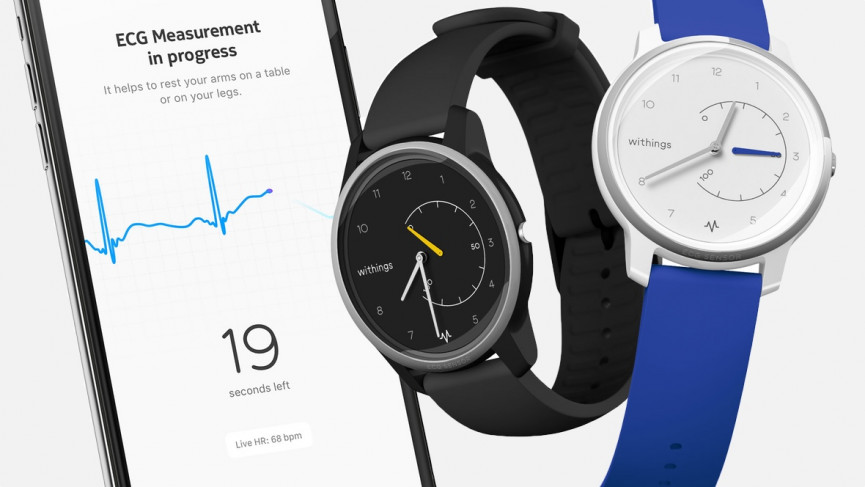 Withings Move ECG gets thumbs up in Europe

The Withings Move ECG, the first hybrid smartwatch to measure clinical-grade heart rate data as received a CE marking for medical devices. This means it conforms with health, safety, and environmental protection standards for products sold within the European Economic Area (EEA).

Now apps and wearables are playing more of a role in health and fitness, what does the medical community think of how these devices are used?

“Health apps and wearables have made access to medical information simple and easy and given people the ability to track and monitor their progress,” Farhan Amin, GP and founder of Concept Health Technologies tells us.

He explains with the example of a blood pressure app and monitor. Combined, these can give patients with hypertension the ability to record and track blood pressure, receive alerts when to record blood pressure, give lifestyle guidance and coaching, as well as seek medical advice if they need to.

Essential reading: How big wearable companies are dealing with stress

“Patients are now becoming an active participant in the management of their health than being a passive recipient of curated information and advice,” he says. “This has the potential to relieve pressure on health services, reduce the costs and most importantly support the person live a healthy independent life.”

But what are the problems with apps and wearable devices that make health and fitness promises? “Care and vigilance need to be exercised on how to select the most suitable apps or wearable device,” he says. “There’s a large number of apps on the app stores where the quality of the app is not good, data not secure or the recommendation not according to best practice.”

He explains that wearables devices can often be even more complex. “Even though the devices use similar sensor technology such as accelerometer, gyroscope, optical sensor; the way information from the sensors is interpreted and results displayed is different for each company.”

Does something need to change? 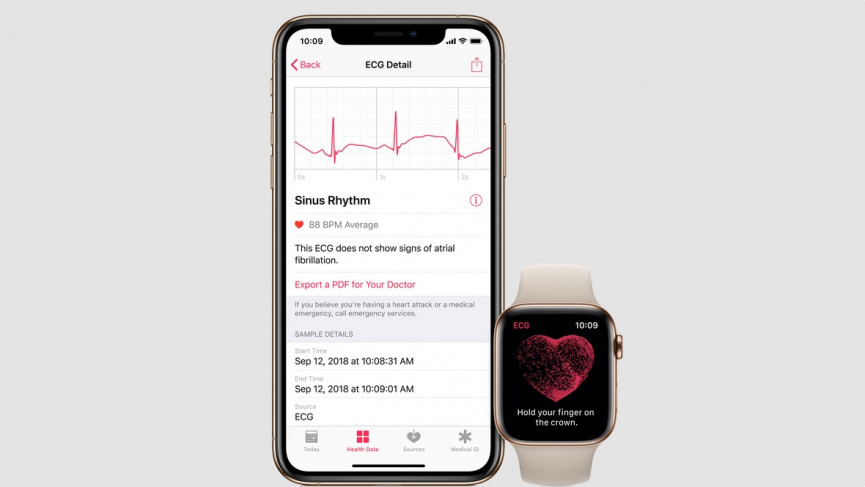 “Regulatory agencies and consumer protection bodies around the world have become increasingly aware and concerned about failures by wearable manufacturers and software developers to comply with the relevant legal regimes,” Naylor tells us.

He explains that, over the past few years, investigations have been carried out in many countries and regulatory failures were identified – resulting in lots of fines for companies creating medical devices, but not following the rules to bring them to market.

This is why Naylor believes there needs to be more regulation in place. “The general trend, particularly in terms of international privacy laws, is for regulatory regimes to become more extensive and for potential liability for legal and regulatory breaches to increase significantly,” he tells us.

The upshot here is for manufacturers of wearables and developers of apps to understand and comply with the legal regimes – and apply them. “In a world where devices and software are sold internationally, this is only becoming more important – and more complex,” Naylor says.

But, as the rules vary from country to country, and are often difficult to understand, there are bound to be problems when it comes to meeting legal requirements in future – especially for emerging tech, as well as companies that want to bring new products into the space.

Changing and adapting the rules

“A pertinent issue is clear simple to follow guidelines for the app developer or a wearable company to follow,” Amin tells us. “We must not forget, some of the start-ups do not have the recourses of the pharmaceutical company to hire legal counsel or consultants. Therefore, it is of paramount importance that the guidance needs to be clear, simple and easy to implement.”

This will be particularly important for devices that don’t sit neatly under the medical device or non-medical device labels and need to be considered subjectively on their own – or put into a brand new category altogether.

For example, smartwatches that increasingly have more advanced sensors, like an ECG monitor, or maybe soon a glucose monitor, may straddle that line depending on how the readings are interpreted in the accompanying app.

The answer is to constantly adapt the rules with a more joined-up approach where regulators, health tech companies and, increasingly, medical professionals work together to provide the safest and most effective solutions.

“The regulations are formed based on past evidence therefore, they cannot cover all future possibilities,” Amin tells us. “The regulator should have a process in place to review new evidence and update the guide frequently including communicating with app and wearable developers on the new changes.”

However, whether a government agency will be reactive enough, work closely with all parties and gain a thorough understanding of the constantly changing heath and wearable tech space remains to be seen.