The Apple Watch Series 5 is here and, just as we thought, it’s an incremental update that won’t prompt many Series 4 owners to rush out and upgrade. The always-on display? Nice to have, sure, but that’s the most radical change here. It’s hardly the EKG-level update of the Series 4.

But – blink and you’d have missed it – Apple also announced it’s going to sell the Series 3 for £199. That’s the cheapest any Apple Watch has ever been, and considering Apple already has half the market sewn up, a lot of companies should be worried by this news.

To demonstrate my point, let’s look at what else £199 can buy you. The new Samsung Galaxy Watch Active 2 looks great but starts at $279 for the 40mm model. Garmin has a bunch of new smartwatches out of IFA, but only the Venu really comes close to a proper smartwatch, and that’s $400. So I can only afford half of one.

Then there’s Fitbit. I’ve really enjoyed wearing the Fitbit Versa 2, and that’s also £199. It’s not as good as a smartwatch, but it has the advantage of working with Android and, I’d argue, a better suite of of health features – even without the ECG. But Fitbit’s once-healthy share of the market has been eroded by Apple, and it’s now turning to services to sustain growth.

Then there’s Google, which is dragging at an embarrassing rate. Meanwhile Wear OS has become a crutch for all of Google’s smartwatch partners (at this point “all” is mostly made up of Fossil brands), and Qualcomm’s 3100 chipset proved a ridiculous ruse that has had no measurable impact on the platform.

There’s some argument over whether Wear OS’s stunted growth is the fault of Google or Qualcomm. I apportion blame to both equally. At least Fitbit had the foresight to go and build its own OS. 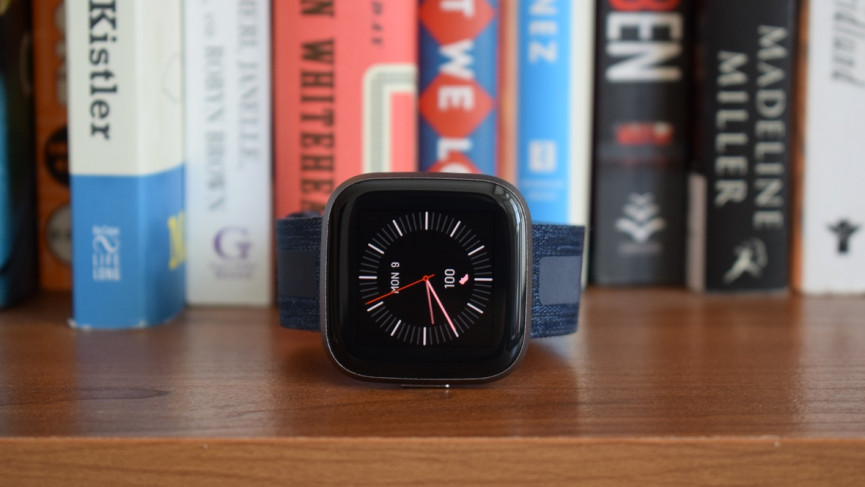 Samsung probably offers the next-best smartwatch experience right now, even if the price of entry is higher than $199, and the fact it offers circular watches lets it cater to a part of the market that Apple won’t. As Apple hoovers up, it can be easy to forget that a lot of people don’t like square watches.

The Series 3 is no slouch on features

But a $199 smartwatch is Apple’s ace in the hole, and the Series 3 is a slouch on features. It’s only two years old and offers cellular freedom (though the LTE model costs an extra $100); the only major thing it’s missing is the ECG – and the always-on display if that’s important to you. Otherwise, it’s a perfectly good second-best to the Series 5.

So if I was any other wearables company right now, I’d be spooked. I’ve spoken to a lot of wearable industry “exes” who tried to take on Cupertino, and many of them admit that the Apple Watch is simply the best smartwatch out there.

I don’t like this fact. I think it’s led to an unhealthy market, but I also acknowledge that a) it’s the nature of the game and b) most these companies only have themselves to blame. Several of them, Google included, had a head start on Apple.

But it could always be worse: One day, Apple might open up its smartwatch to work with Android phones. Then it really might be game over.