It’s fair to say that the first Samsung Galaxy Watch Active took us a bit by surprise. Surprising in the sense that we really liked it, more so than than the pricier Galaxy Watch, and it has been one of our smartwatch faves this year.

It was well priced, offered strong fitness tracking features and surprisingly decent heart rate tracking all wrapped up in a comfortable and design.

Samsung must have been aware of well received the Active was as it decided to roll out its successor just several months later.

The Galaxy Watch Active 2 looks identical to its predecessor, but Samsung has this time decided to offer the smartwatch in two sizes (40mm and 44mm). It’s something the company did with its Galaxy Watches, though the size differences don’t feel as dramatic on the Active 2 watches. The 44mm is bigger, but not in a really hulking way, and in many ways we think a lot of people will like the way the bigger Watch Active 2 sits on the wrist. 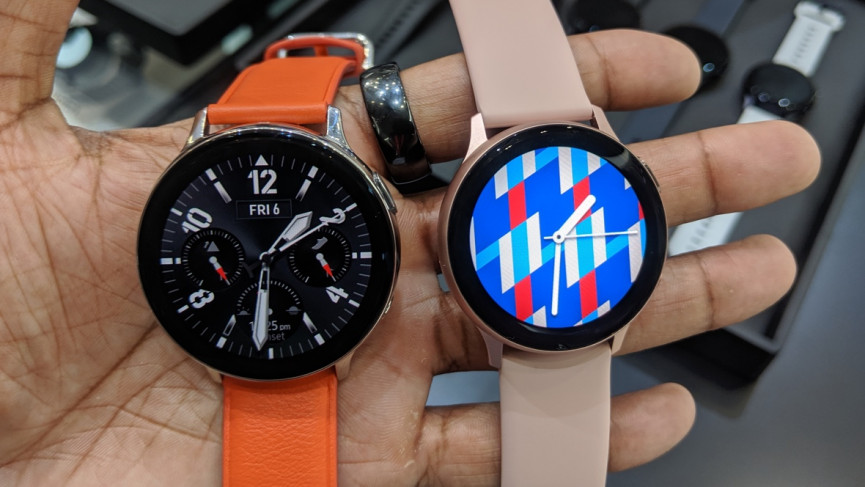 Samsung’s smartwatch displays are rarely a let-down and it’s no surprise to find that both Active 2 watches seem to excel in this department. Whether it’s the 1.4-inch AMOLED on the 44mm or the 1.2-inch screen on the 40mm, both are sharp, rich and bright.

Bringing back the rotating bezel (sort of) 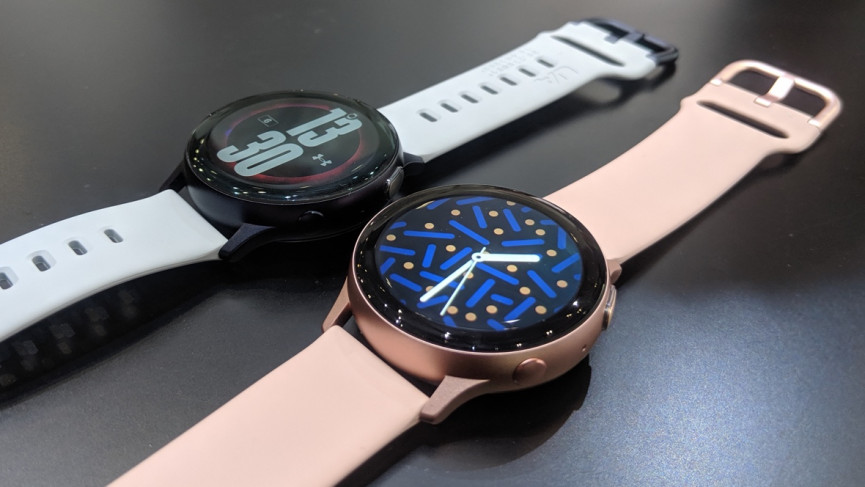 With the first Active, Samsung made a controversial move by removing the twisty bezel that had become something of a signature for its smartwatches.

It not only offered a unique and intuitive way to navigate its smartwatches, but it also helped Samsung’s design stand out from its competitors. It seems size constraints influenced the move to ditch it on the Watch Active. But it was missed. Scrolling through apps for instance felt awkward without that twisty bezel.

So Samsung is bringing it back. Kind of. You now get a touch-sensitive bezel that you can swipe your fingers across in a circular motion in order to navigate the interface. Doing that simply doesn’t feel satisfying as doing it on the Galaxy Watch’s physical moving bezel, but you do get a nice soft haptic buzz to let you know your interaction with the bezel has been successful. It’s a feature we’ve seen on another smartwatch (the Misfit Vapor), but Samsung’s execution is more impressive. 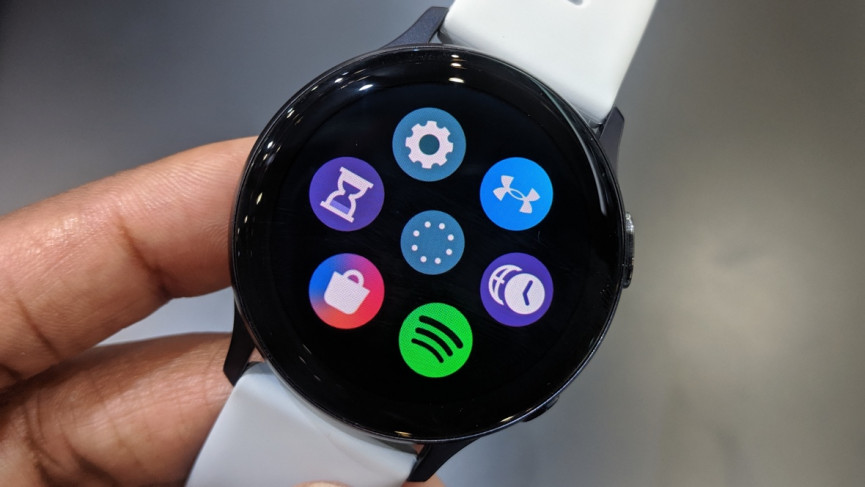 The bezel is back, and many of the features we got on the Watch Active also make a return. A flick through the Watch Active 2’s screens show off some familiar native and third-party apps. For instance, Spotify comes pre-installed giving Premium subscribers the ability to download offline playlists to the watch.

You’re getting all of the same sports tracking modes here too and Samsung is promising to ramp up smartwatch features like improved support for Twitter and having the ability to watch YouTube videos on the watch. Though we didn’t unfortunately get to experience what that will look like.

Pretty much all of the same health and motion sensors are also on board, with one notable addition: the ECG. It’s the medical grade health monitoring feature that helped Apple leap ahead with its Series 4 and now Samsung is doing the same. But in Samsung’s case, the sensor currently lies dormant. When that ECG support will be turned on and how it works is still not clear. Earlier this year we reported that the feature would likely be delayed by a few months, and the latest rumors suggest the feature will be activated in 2020 as Samsung seeks regulatory approval from the FDA and other territories.

We also still don’t know how taking an ECG reading will work. Will it use one of the physical buttons or even require you to place your fingers on the touch-sensitive bezel to take a reading? It seems like there’s still a lot to learn about this Apple Watch-rivalling feature.

The Under Armour Edition 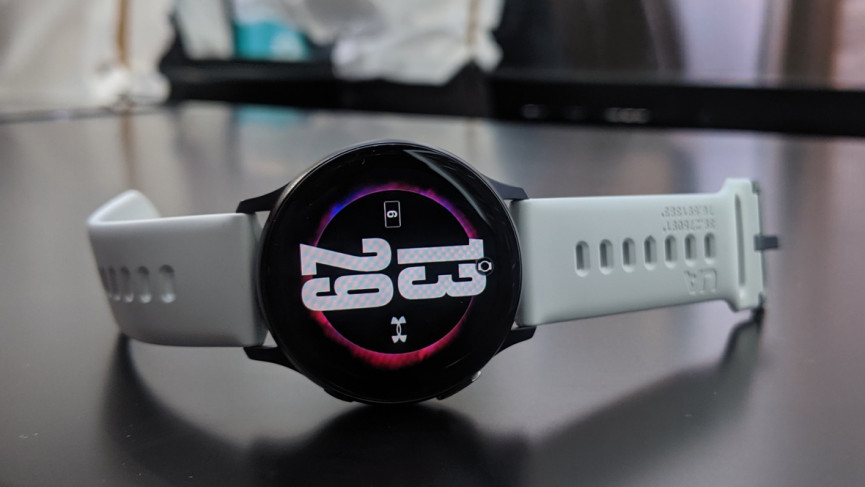 The Active 2 also signals the first time Samsung has offered a branded version of one of its smartwatches. Under Armour and Samsung already have a running relationship with the former’s suite of fitness apps preloaded onto Samsung’s most recent watches.

The Watch Active, much like the Nike edition equivalent of the Apple Watch, isn’t all that drastically different. You’ll get a pretty ordinary-looking silicon band complete with the Under Armour name embossed into one side. There’s a UA themed widget as well. What we are really fascinated is the integration with Under Armour’s connected HOVR smart running shoes and how the integration can improve the run tracking experience.

Despite landing just a few months after the Galaxy Watch Active, the Active 2 has all the hallmarks of being a solid upgrade. The new bezel seems to work well, aspects like battery life have been upgraded (on paper at least) while Samsung has looked beyond the health and fitness tracking prowess of its cheapest smartwatch to make it a more complete experience for those who care less about the gym. With LTE and ECG support on the way too, the sub-$300 Active 2 looks like being another great addition to the smartwatch family.