Michael Kors’ contribution to the world of smartwatches has undeniably been in bringing some glitz to the party. From the its first Access duo – the Bradshaw and the Dylan – to the hugely popular Sofie, its watches have tried to inject some much-needed style into Google’s Wear OS platform.

That’s why it makes the introduction of the Michael Kors MKGO, the designer name’s first sports-centric smartwatch, all the more puzzling. Parent company Fossil recently made it known it was planning to launch more fitness-focused watches from its many brands. But we are definitely surprised to see that Michael Kors was one of them.

What you get is a 43mm watch available in four very bold looks, packing in pretty much all of the hardware that we’ve come to expect from the latest Wear smartwatches. There’s built-in GPS, a heart rate monitor and a swim-proof design to give it that sports tracking prowess. The proof though will be in the testing to see if its tracking powers are up to scratch. 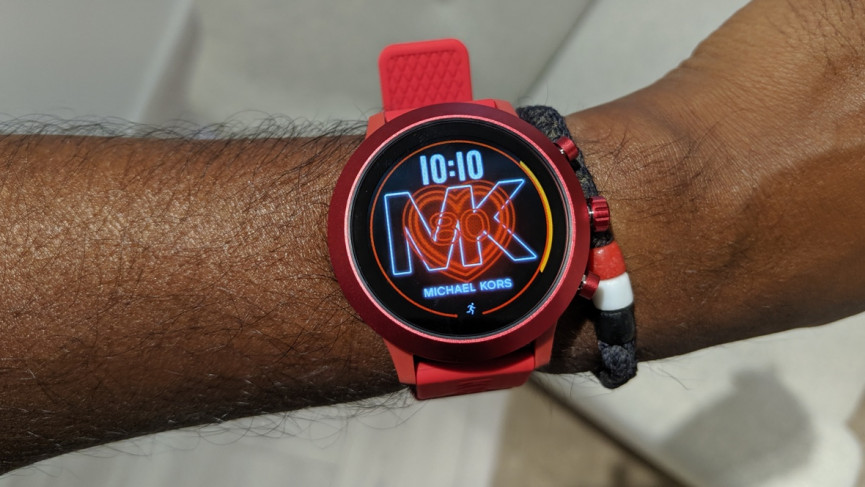 Being such a departure from it usual smartwatches, we anticipated that the MKGO might be a bit of a garish mess. Up close, that’s definitely not the case. You’re not getting the most luxury materials here or what you get on MK’s other watches, but you are getting a slim, pleasantly light smartwatch. We loved the red colorway, which we tried in our demo. The 1.19-inch AMOLED screen is sharp and the 20mm straps don’t feel cheap at all. It’s a watch aimed at women, but it could comfortably get away as unisex.

When we say it almost has everything the latest Wear watches have to offer, it is lacking in a few departments. It still has 4GB of storage, with newer watches offering 8GB to give you more room for things like apps and music. It doesn’t have a speaker, which we are also seeing crop up on newer Wear watches.

It still has 512MB of RAM as well, which is what Wear watches have been featuring for some time now. It also packs Qualcomm’s newest Snapdragon 3100 chipset, and our brief play showed no real signs of sluggishness. The question is whether it can stay like that over time. 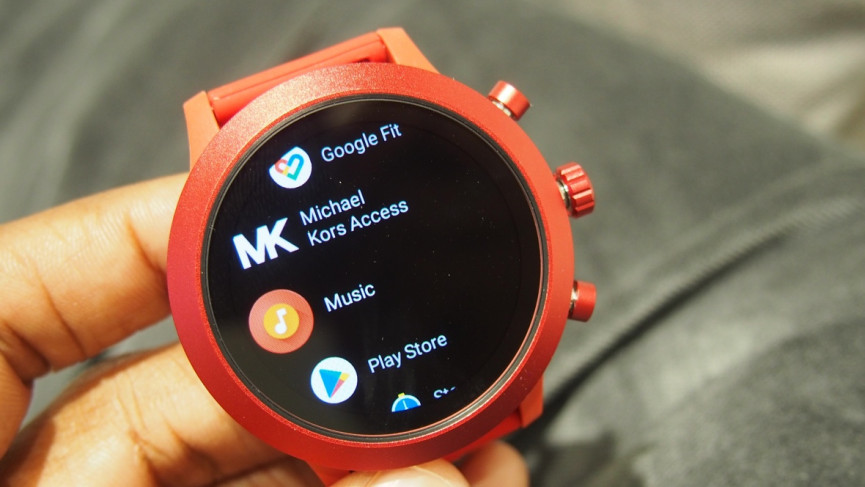 Scrolling through the MKGO’s app drawer doesn’t spring up any surprises. All the usual suspects are here and a big deal is being made about Spotify, heart health monitoring app Cardiogram and safety app Noonlight all being preloaded. Michael Kors hasn’t added anything extra on the sports tracking front, relying on Google Fit and third-party fitness apps to fill that role.

And while the exterior may be different, it still gets the same MK software treatment, adding in social watch faces and offering the ability to customize the dials on the side of the watch to quickly launch your favorite features.

Everything about the idea of a sporty Michael Kors smartwatch felt like misstep in the making, particularly for a brand that has been doing such a fine job as it is enticing more people to wear Google-powered smartwatches. But there’s something quite likeable about the MKGO. It looks good and offers most of the top-line Wear OS software and hardware features. It could probably do with coming down a little from its $295 price, but it has more appeal than similarly priced watches like the Fossil Sport.