Huawei’s in trouble. Its latest smartphone, announced alongside its new smartwatch, the Huawei Watch GT 2 is missing the Google Play Store. It was also launched without any release information – unprecedented for a flagship phone.

Luckily for its wearables division though, the new Watch GT 2 doesn’t rely on Google’s OS, isn’t visibly affected by the US/China trade war, and retains full functionality when compared to its predecessor. Crucially, we also know it will be launching in October.

If you didn’t get to try the Huawei Watch GT, in a nutshell, it was a great looking fitness tracker and sports watch in a smartwatch body. It was the first watch-like device from Huawei to run on its own Lite OS operating system. Google’s Wear OS had been shunted in favour of an OS that could promise bigger battery life.

The second-generation Watch GT adds a smaller, more elegant option to the line, a speaker and full phone call functionality when connected to your phone and brings back that headline feature – stellar battery.

So, yes, the Watch GT 2 undercuts the competition and adds phone call functionality, thereby differentiating it from fitness trackers more than its predecessor did. But it’s still a very different beast when it comes to capabilities.

Here’s our initial take on the Watch GT 2. 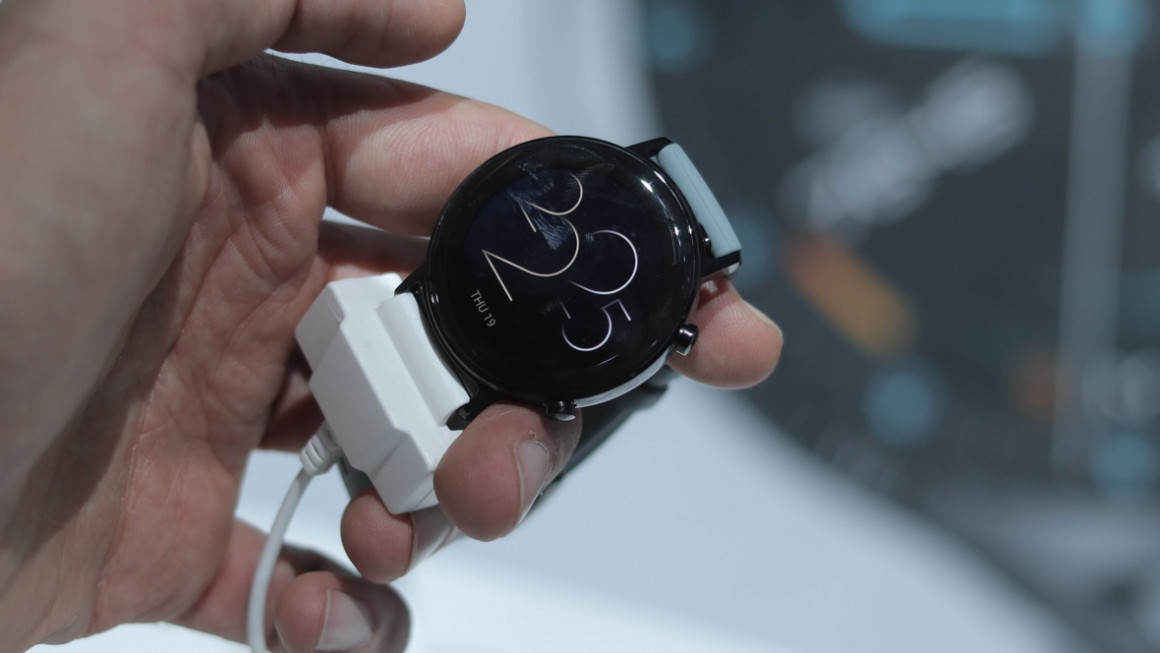 Then there’s the sizes. It comes in a large 46mm model or a small 42mm model, both featuring deep, bright and zingy OLED screens. Those size options were actually first introduced on the Active and Elegant editions of the Watch GT that Huawei unveiled earlier this year. Clearly in a bid to increase its appeal to a wider range of wrist sizes.

The 46mm GT 2 features a 454 x 454 resolution display and a 22mm strap fitting. It also trumps the 42mm option in some key areas, with double the battery life and RAM and a higher resolution display. It’s also the only one that can make calls. 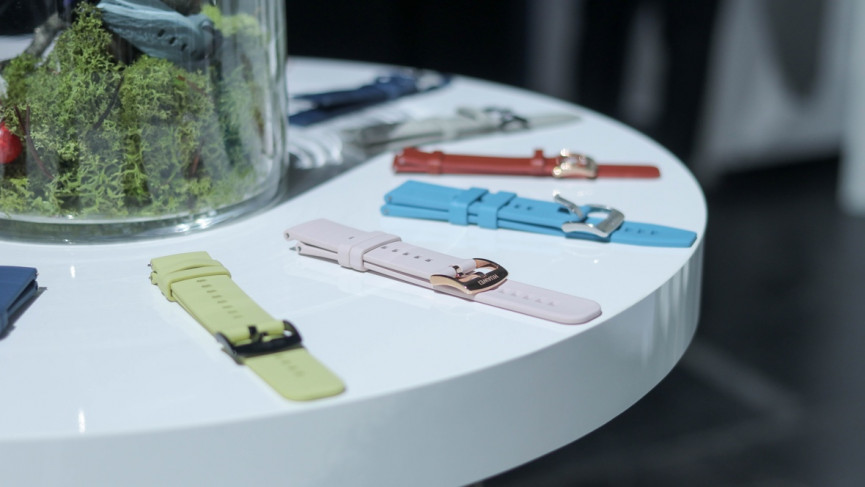 Our Watch GT 2 was the 46mm black Sport Edition, and it looks glorious. It has a dial etched into the black frame, two crown-esque buttons on the right and it isn’t obnoxiously thick. The fluorine rubber strap feels comfortable against the skin, even on hirsute wrists, and its big, bold screen is a worthy centrepiece.

Around the back of the watch is a slightly raised heart rate monitor, bookended by two POGO pin connectors for charging. There’s a proprietary charging disc that ships with the watch as well as a USB-A to USB-C cable.

If you opt for the leather or metal strap editions of the Watch GT 2, you’ll also get a Fluorine rubber strap in the box, and with standard fittings, they can be swapped out in moments. 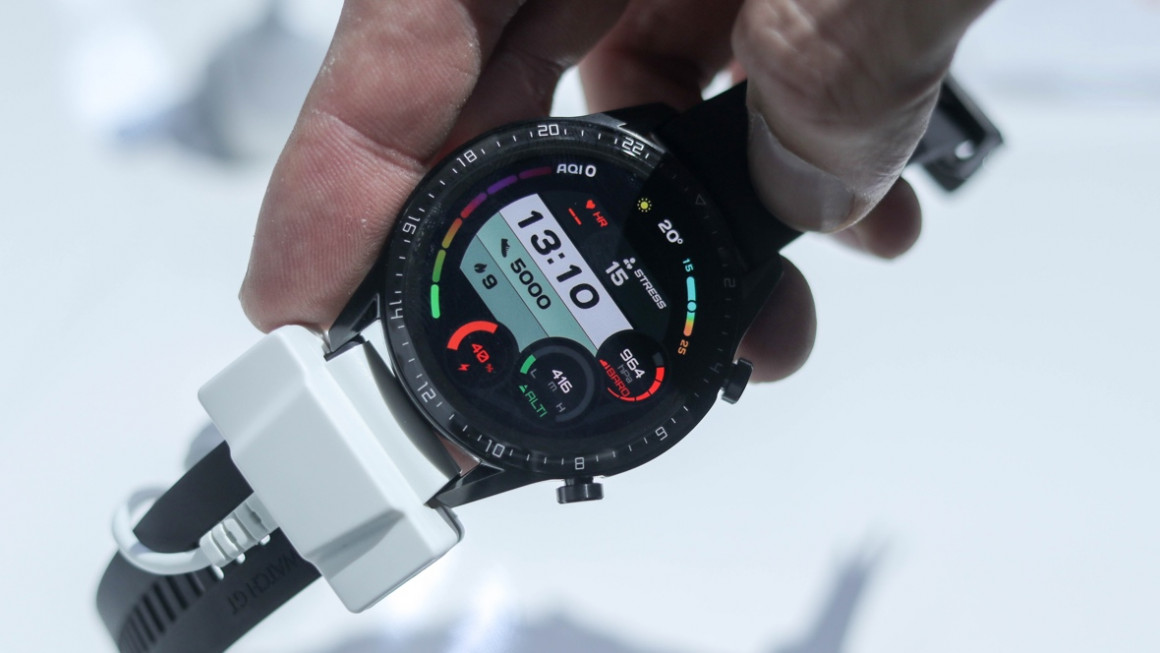 Like the first LiteOS-packing Watch GT, there’s no app ecosystem here, and our device has a total of 12 watch faces, without scope to download more for starters. It’s also lacking a voice assistant, and as with the original Watch GT, message notifications give you truncated snippet previews with zero interactivity.

There does now lie 4GB storage primed for your offline music, which can be played back on the watch or via Bluetooth headphones and is a nice addition.

The watch does have always-on display functionality which looks exceptionally clean and simple, taking full advantage of the AMOLED display’s dark, inky blacks. It also features staples like a timer, alarm, stopwatch and sleep tracking too, so if those cut it for you, the lack of an ecosystem might not even matter.

From a health-tracking point of view, Huawei has also included stress monitoring to the mix, as well as a barometer to measure air pressure and detailed sleep tracking too. That’s to compliment the 15 sports tracking modes that don’t seem to throw up anything new on the tracking front. If you like running, cycling or even after something to track your triathlons, you’re going to be covered here. 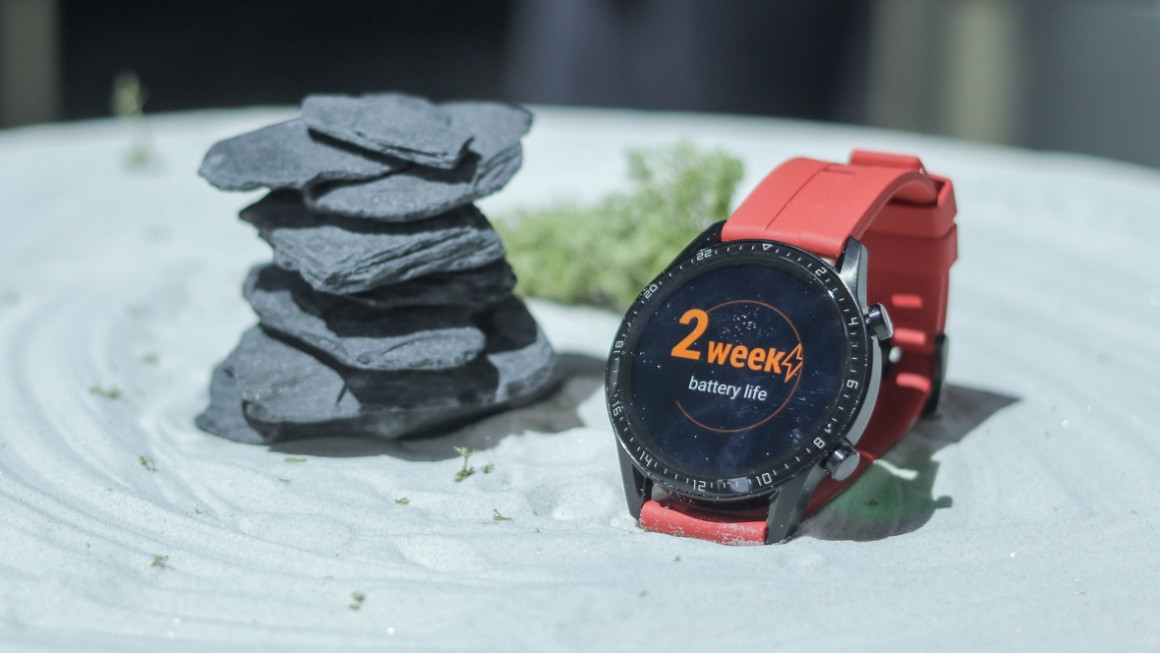 Huawei used its own wearable processor for the Watch GT 2, the Kirin A1, which is the same processor found in its FreeBuds 3 earphones. With just 32MB RAM in the larger version, and 16MB in the 42mm model, it’s a wonder the Watch GT 2 duo don’t crumble with every swipe – but they don’t.

Performance isn’t silky smooth by any means, definitely leagues behind the Apple and Samsung competition, but it betters that of the original, and is perfectly usable.

The interface, Huawei’s Lite OS is also light and very easy to navigate around. While its functionality is very limited compared to Wear OS, for example, it’s much easier to get your head around. Swipe down for quick settings, horizontally to scroll through key elements – music, fitness logging etc and swipe up for notifications.

The top right button fires up the pre-installed apps, while the bottom right button is customisable, offering useful shortcuts for the features you most regularly use.

Huawei announced two smartwatches at its Mate 30 event. The first is the burly Watch GT 2 46mm edition, which packs the headline features – two-week battery and phone call functionality. It isn’t a beefcake, but it is still masculine in look. The second watch announced, the 42mm Watch GT 2, is a lite version in our eyes, losing out on features, but gaining a fair amount of elegance in the process.

We’re incredibly impressed with the hardware from a design point of view. One sleep and a fair bit of walking with the Watch GT 2, and it’s been a treat having it on our wrist. It is undeniably less functional than any smartwatch from Samsung or indeed Apple, but if you’re okay with that, it’s cheaper too, and arguably better looking.

The Watch GT 2 will be available in October, but we have one strapped on our wrist and will have a full review for you soon.