In the past we’ve referred to the Vivoactive as Garmin’s riposte to the Apple Watch and other proper smartwatches from the likes of Samsung, Google and Fitbit. It was one of the first Garmins to get music support, contactless payments and remains the only watch to offer cellular connectivity.

With the arrival of the Venu, Garmin’s first watch to feature an AMOLED display, it’s hard to know where that leaves the new Vivoactive 4 and 4S that was announced alongside it. There’s a $100 difference between the Venu and the cheaper Vivoactive 4, so Garmin might be hoping to convince those not too bothered about that AMOLED screen to still get that sporty smartwatch fix for less.

Unlike the Venu, the Vivoactive 4 is following a new trend for Garmin to offer two sizes of its watches. The Vivoactive 4 measures in at 45mm and the 4S comes in at 40mm. The difference on the wrist is clear to see (image below). The Vivoactive 3 measured in at 43mm to put that in perspective. So these watches slightly jump or down in size depending on which model you’re looking at. 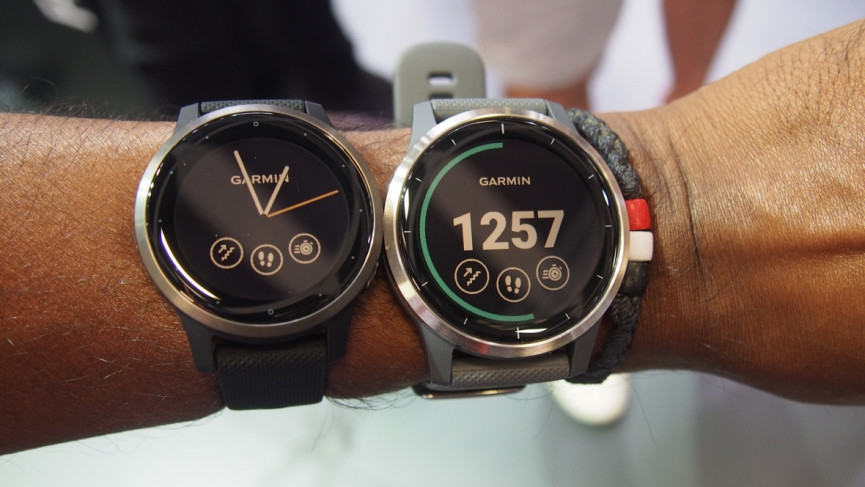 Both have that more prominent stainless steel bezel similar to the one seen on the Vivoactive 3. With the bigger screen size and resolution bump on the Vivoactive 4, things seem a little bit sharper on the display front compared to the smaller 4S. In reality, it doesn’t feel all that dramatically different from what we got on its sole predecessor.

Garmin has made a notable design change in the navigation department, where you’ll now find two physical buttons where there was previously only one. It still offers up touchscreen navigation too, but there are clear benefits of having more physical buttons to control screens. Particularly when things get sweaty when you’re in workout mode. So we’re all for more buttons.

Everything you could possibly want from a sporty smartwatch is pretty much accounted for here. There’s multiple satellites supported including Galileo, an altimeter, Garmin’s latest heart rate sensor tech and a pulse ox sensor, which has begun filtering into more of the company’s wearables. The likes of running, golf, swimming and cycling remain the core tracking modes, and you’re getting the best that Garmin has to offer in the activity tracking department. There’s plenty going on on the smartwatch front too. Payments, notifications, built-in music player and Connect IQ support. 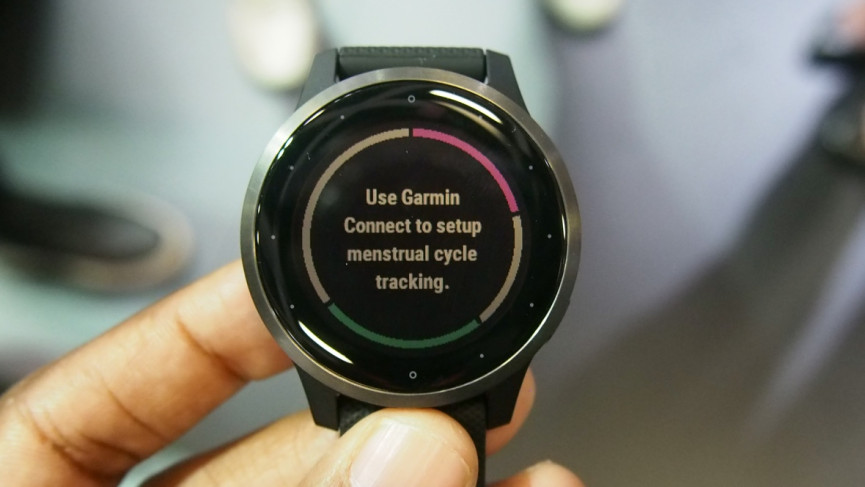 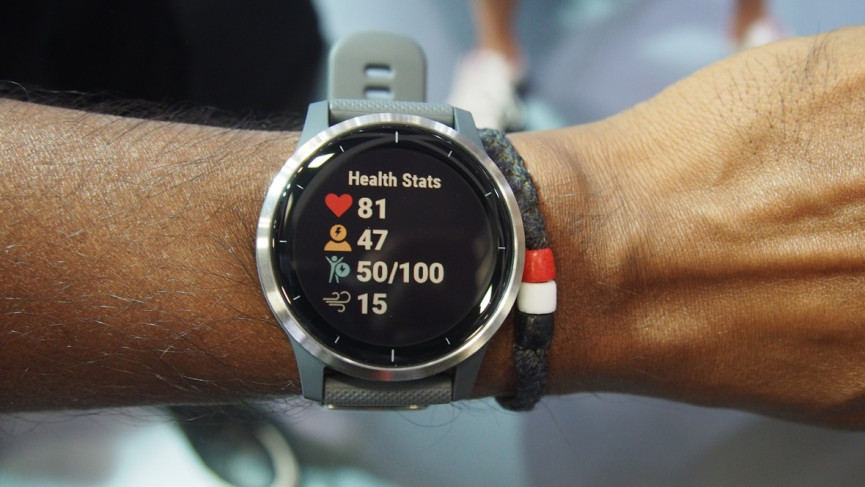 The most eye-catching feature here though is the new animated workouts, which give you visual prompts to follow on the watch. If you have no idea how to do a certain yoga or stretch properly, this is the feature that wants to help you. Right now it works for strength training, cardio, yoga and Pilates. Once you start a workout, the very simple animations will jump into action to help you perform it correctly.

While Garmin can’t recognise whether you’re doing those exercises properly (which would surely be the next logical step), it’s nice to see this kind of feature crop up on Garmin. We’ve seen it on other fitness watches but it seems to be well executed on the Vivoactive 4 and 4S.

Adding in new respiration tracking will no doubt increase its appeal for anyone that loves yoga too or just focusing on their breathing during the day to de-stress. To say this watch is feature-packed is an understatement.

As we’ve mentioned already, it’s hard to know where the Vivoactive features in the grand scheme of things for Garmin. It is cheaper than similarly-specced Forerunner watches that do lack that more eye-catching bezel. It does a lot and certainly looks a solid addition on paper. But with the Venu now on the scene, there are surely going to be some casualties in the rapidly growing Garmin wearable collection. The Vivoactive may be short-lived.