Garmin has officially unveiled the Fenix 6 and the big news is that it’s the company’s first outdoor watch to be powered by the sun.

Like the Fenix 5 series, the new Fenix comes in multiple models: the Fenix 6, Fenix 6X and 6S. But this time there’s an additional entry named the Fenix 6X Pro Solar.

That 6X Pro Solar is the only model that includes a new transparent solar charging lens tech that Garmin is calling Power Glass. Put simply, it soaks up the sun’s rays to give you more time to use the watch. Users will also be able to see in real-time how much solar energy the lens has sapped up over the day.

Garmin says the 6X Pro Solar can last 21 days in smartwatch mode and the solar charging will add in an extra three days of use. That extra three days is based on wearing it all day outside for three hours. 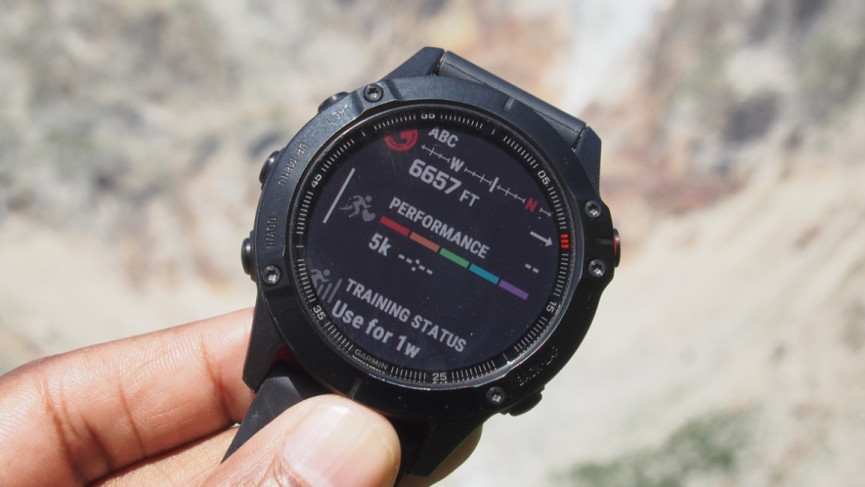 The new Fenix models all support new QuickFit nylon bands, and once again there are Sapphire editions for all versions to offer that extra layer of durability for all your adventure types. All of the watches, unlike previous Fenix watches, have apparently been tested to military standards to give them that extra rugged profile.

On the software, tracking and sensor front, you’re getting all of the good stuff we’ve seen in the previous Fenix range, but with some new things too. For runners, there’s a new PacePro feature that aims to improve your race pacing, offering grade-adjusted guidance in real-time. Users will be able to create race plans prior to races and then see target split pace, actual split pace, distance to next split, how much time you’re ahead or behind your target from the watch face. Garmin says PacePro will be launching on other watches, but is kicking things off with the new Fenix.

For navigation fiends, there’s topographic maps once again with ski maps for 2,000 ski resorts worldwide and 41,000 golf courses covered out of the box.

As for smartwatch features, you’re getting smartphone notification support, Garmin Pay and a built-in music player that will let you store up to 2,000 songs and sync playlists for offline playback from the likes of Spotify.

If you’re worried all these extra sensors and features are going to hammer the battery life, Garmin is introducing a new Power Manager feature that lets you see the biggest battery-sucking offenders. You can then tinker and disable as needed to ensure you’re eking out more life out of your watch.

The Fenix 6 series start at $599.99, effectively matching the price of the cheapest Fenix 5. We don’t have pricing on the Pro Solar model, but we imagine that’s going to above the $1,000 mark. All of the Fenix 6 models are available to buy right now.

Like the sound of the new Fenix? Let us know your thoughts in the comments.