Fitness trackers are no longer Fitbit’s most exciting devices, with smartwatches now paving the way for the company’s future.

After the first Fitbit Versa and Versa Lite, Fitbit has swiftly followed up with the Fitbit Versa 2, which takes its place as one its flagships smartwatches alongside the Fitbit Ionic. These two watches present a bit of a quandary for customers, though: which one is the better choice?

We’ve taken a hard look at both models and placed them in direct comparison to work out which holds the advantage depending on your needs. We’ll run through a few areas, including the watches’ designs, pricing and features, to make sure that you can work out which model is right for you. 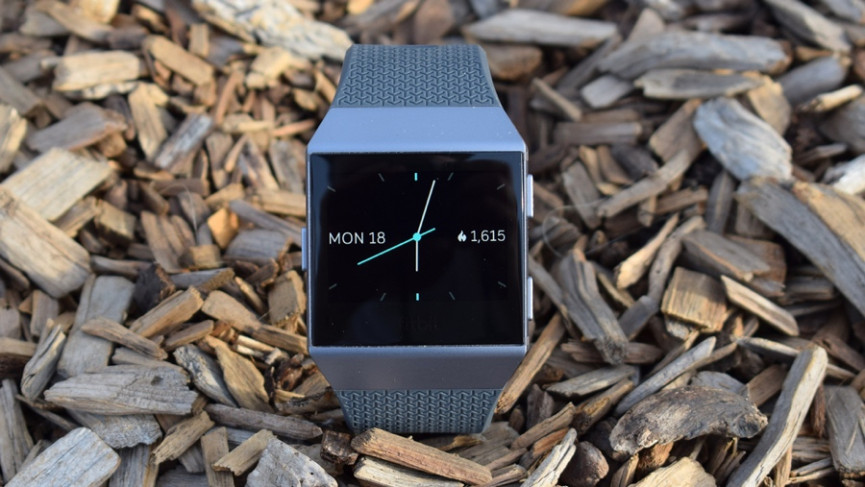 Starting up, you’ll notice some really immediate differences between the designs of the Versa 2 and Ionic – they’re quite distinct in terms of look.

We’re not going to dress it up for you – the Fitbit Ionic’s square form-factor and boxy looks aren’t really up our street, though we got used to them in the time we’ve been using it.

The Ionic has a lot of other things going for it, but it came early in Fitbit’s move towards smartwatches, and still shows a lot of the sporty influence typically found on fitness trackers.

The Versa 2, meanwhile, is a slightly refined version of the original Versa’s design, smoothing away some of the corners and losing the Fitbit logo on the lower bezel. The Versa 2 often gets mistaken for an Apple Watch on our wrists, which has become something of a compliment in 2019. 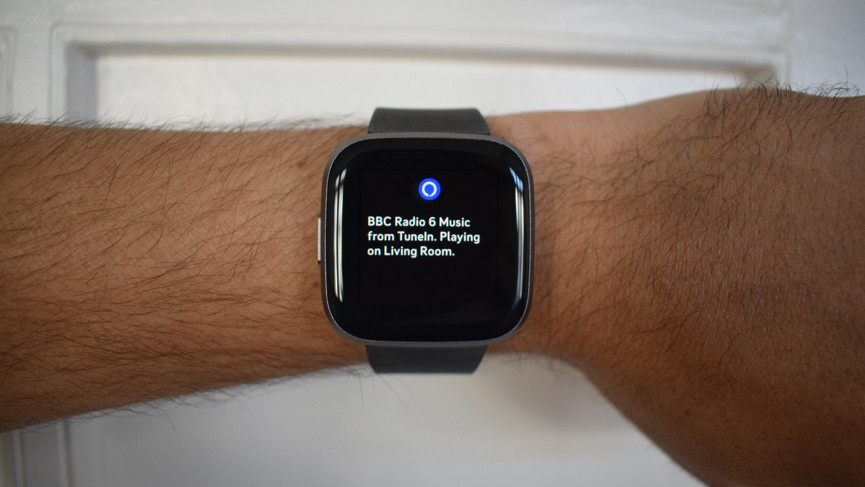 The Versa 2 has NFC, a heart rate monitor and SpO2 sensors to the rear of the watch unit. It’s also water resistant to 50 metres, with a five-day battery life. The one major miss is standalone GPS tracking, which we’ll examine more later. It comes in a range of finishes and colors, and has a multitude of bands to pick from, including any that work with the Versa and Versa Lite.

The Ionic packs plenty of hardware into its shape too, including all the aforementioned features like SpO2 and the same water resistance. Its main advantage however is built-in GPS, while the battery should get you through four to five days, along with the same degree of waterproofing and fitness tracking.

You’ve got three colors to choose from: charcoal/grey, blue/orange and grey/silver. There are a range of bands for the Ionic available from Fitbit, and an Adidas edition in the range, too.

For us, the Versa 2 is the clear winner on the design front – it’s simply a more subtle and refined unit to have on your wrist. The big range of bands is also a big plus, allowing for a whole heap of customisation for those that want to explore their options. 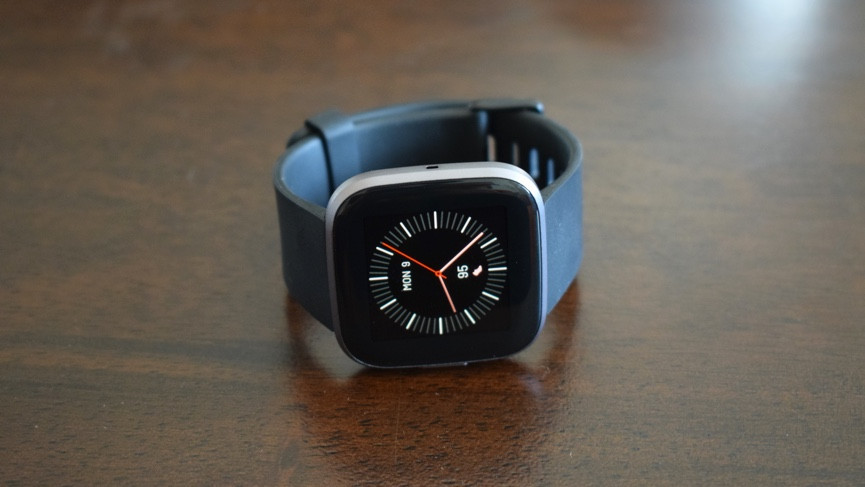 As we mentioned above, there’s an immediate difference in features between the Versa 2 and the Ionic – the newer Versa 2 doesn’t pack its own GPS. It can piggyback on your phone’s, as so many other trackers can. The Ionic, by contrast, can keep track of your movements, runs or walks under its own steam, freeing you from your phone.

If that’s a bit of a miss, though, the Versa 2 does have a big hitter in its locker that the Ionic can’t match. It’s Fitbit’s first watch to include Amazon’s voice assistant, Alexa. With a microphone to pick up requests you make, it can respond on-screen and obey commands.

If you’re a smart home user this could be a major bonus, letting you control your appliances or lights through your wrist. The Versa 2 also brings improved Spotify integration, although it still can’t play music offline, so this doesn’t put it that far ahead of the Ionic, really.

Aside from these additions, there are a lot of shared features between the Ionic and the Versa 2. Both pack heart rate tracking, VO2 Max monitoring, step counting, exercise detection and sleep tracking, all to the usual high standard of Fitbit’s metrics.

They also both have Fitbit Pay, notification support, and (non-Spotify) music storage, and a range of watch faces to choose from to switch up the look of your device as you like.

We think the debate on features comes down to two key questions:

If GPS is a priority for you, whether because you like jogging or walking without your phone, or for any other reason, the Ionic is the clear choice, since the Versa 2 doesn’t have the option of untethered GPS.

Alternatively, if you’re already using Alexa on a day-to-day basis, and having its functionality baked into your wrist would be useful, then the Versa 2 should win out. With it, you’ll gain a shortcut to Alexa commands and queries wherever you are and without needing your phone or a smart speaker. 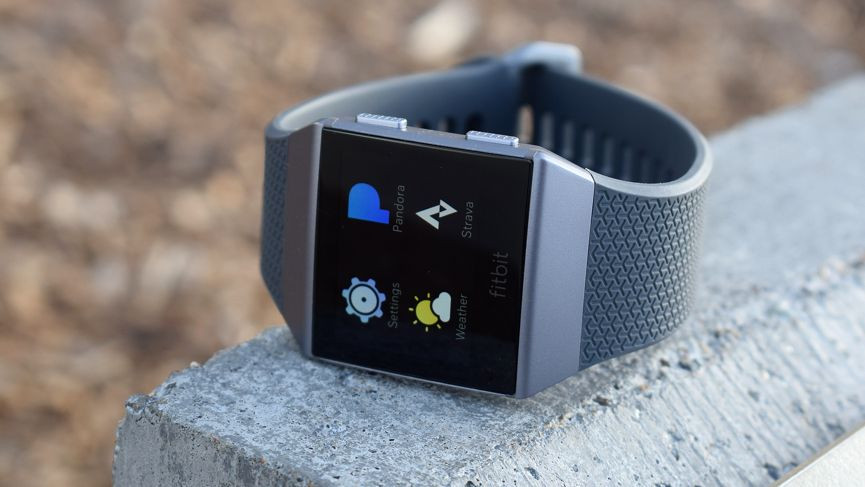 In any tech comparison, price is a seriously massive factor. If one of these smartwatches were hundreds cheaper than the other, it would swing the conversation one way or another.

Well, there is a bit of difference in price in this case. The Fitbit Ionic, despite being a fair bit older, will set you back $249.95 compared to $199.99 for the Versa 2. That’s after a bit of a price cut for the Ionic since its release.

That puts both watches in roughly the same mid-range price bracket, and both have a heck of a lot of competition in that space. The latest switch-up for this debate is that Apple’s lowered the price of the Apple Watch Series 3 to $199, which we think is seriously big news for the market.

If you’re firmly of the view that Fitbit is the watchmaker for you, though, the Versa 2 comes in as the cheaper model, and new as it is, there’s plenty of potential for its price to go down a bit over time and with deals on the horizon.

Fitbit Versa 2 v Fitbit Ionic: Which is right for you? 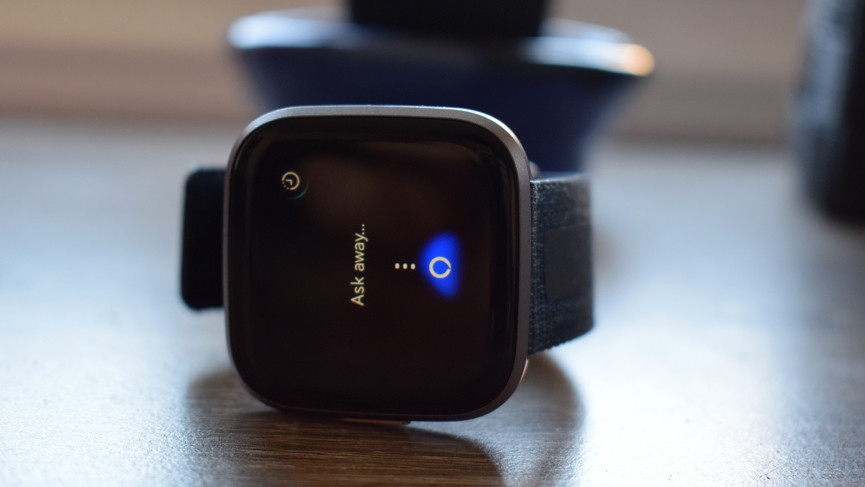 We come to the moment of truth, then: which should you pick? By reducing the price of the Ionic, Fitbit’s made this a bit more of a fight, but one of those key questions about your priorities that we asked above is still the key.

Is built-in GPS a deal-breaker for you? If so, then the more expensive Ionic has to be your choice.

If it’s not, though, we really can’t look further than the Versa 2. For $50 less, you’re getting basically the same set of trackers and functions, plus Alexa, in a more attractive design with more customisation options. That’s pretty definitive, for us.

Still, if you’re a fan of the Ionic’s distinctive looks, you won’t be making a bad choice by picking it up. It’s still a great smartwatch, bringing Fitbit’s tracking smarts to the table.

Which model are you going to opt for? Let us know in the comments, or shout if you have any questions we haven’t addressed.