Playing music from Spotify on Fitbit is now a reality, with an official app debuting through the Fitbit Versa 2.

However, while the company’s newest smartwatch is now able to give users greater music control, the app is still rolling out to the Versa, Versa Lite and Ionic.

Currently, there’s no word on support for Fitbit fitness trackers, like the Charge 3 and Inspire series.

If you have a compatible Fitbit smartwatch, though, this guide explains how to download and use Spotify on Fitbit, as well as what you can’t do just yet through the app. 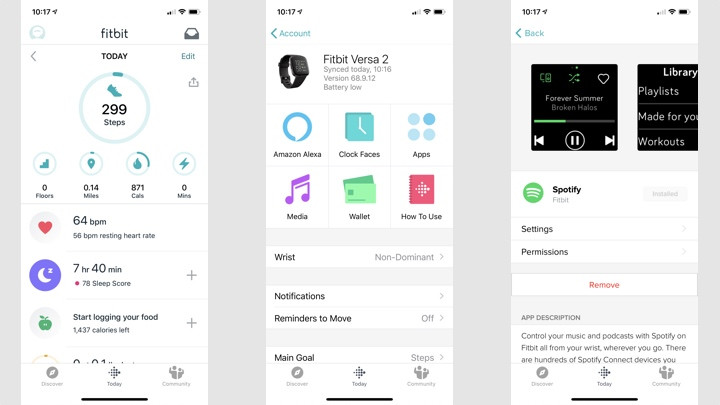 Currently, as we mentioned up top, only Fitbit Versa 2 users are able to download the official Spotify app. However, the feature is set to roll out to all of Fitbit’s smartwatches – as indicated through Spotify itself.

1. On your iOS or Android device, open the Fitbit app.

2. In the top-left corner, tap the profile icon. 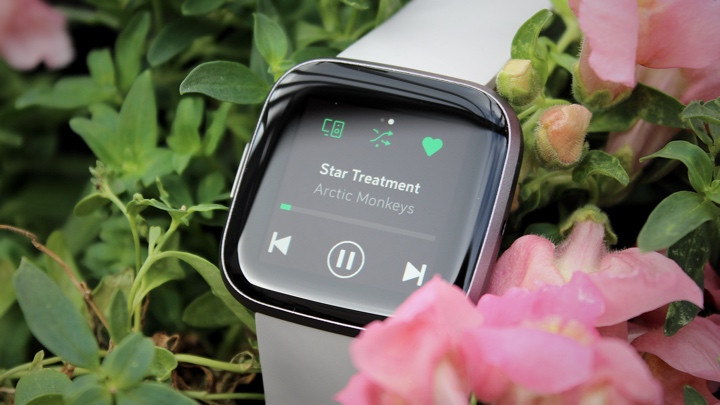 Once you have the Fitbit Spotify app downloaded, you’re able to make use of its powers, such as controlling the music playing on your phone, tablet or computer.

Users are also able to ‘Like’ their songs, which adds to them to the Library, as well as switching between pre-set or recently played playlists.

Once you begin playing music from Spotify on another device, you’ll be able to open the Spotify app on your Fitbit and play, pause and skip forward and back.

By tapping the middle icon on the top of the screen, you can also shuffle upcoming tracks directly from the watch.

Controlling your music is handy for when you don’t want to pull out your phone, but you can also use the Spotify Fitbit app to beam music to other sources, using Spotify Connect.

To do so, simply tap the top-left icon when music is playing and select the speaker or device you want to play music from.

Add tracks to your Spotify library

If you’re playing a track and you want to download it to your full Spotify library for the future, simply tap on the heart icon in the top-right to do so.

Start playlists from your Fitbit

If you swipe left from the music control screen, you will see another window with eight of your most recently played playlists.

If you tap ‘Library’, you’ll also get playlists you’ve created and ones recommended by Spotify. Tap on any playlist to switch the music.

Spotify on Fitbit: What you can’t do 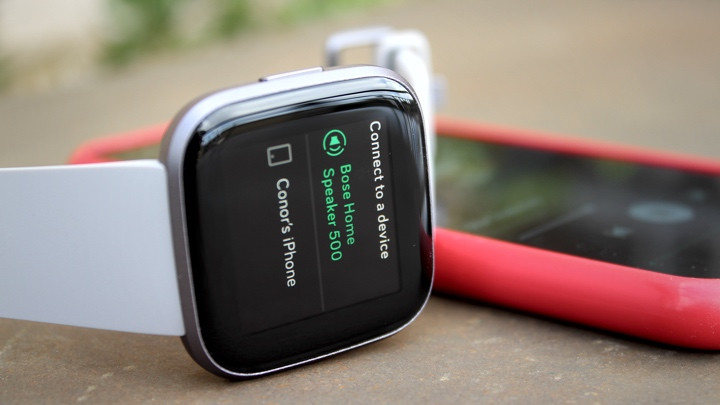 Like with other versions of the Spotify app, available on the Apple Watch, Wear OS and more, there are obvious limitations to what the app can do.

With the Spotify app on Fitbit, you’re not going to be able to play music while you’re away from your phone – meaning music can’t be stored on the watch.

Due to this, your paired device has to stay in Bluetooth range of your watch, with the Fitbit app running in the background and connected to the internet.

You can’t play music from the speaker

Because no Fitbit has a built-in speaker, you can only use the app to control music already playing on another device, such as a phone or a speaker, and not play it through the watch itself.

Unlike Spotify support on the other devices, you will need a Premium account in order to access the features in the Fitbit version of the app.

Spotify members with a free account won’t be able to link their account after downloading the app.