Welcome to Field of view, your weekly roundup of the news in the worlds of augmented and virtual reality.

In a week where we heard Facebook and Ray-Ban could be making smartglasses, we’ve saved the rest of the big stories from the immersive realms. That includes something PSVR owners may want to try out and a pretty fun VR experience from Cartoon Network.

Read this: The best virtual reality headsets to buy

We’ve also saved something for you to don your headset for, so read on for everything that happened in another big week for VR and AR.

After Friday’s huge day of climate strikes around the world, EarthxFilm is showing that tech can play its part in educating people about the demise of our planet’s natural environments.

A Climate Week event in New York is going big on immersive tech this year, including multiple VR exhibits, to help people see first-hand what scientists and activists are talking about.

There are a range of exhibits, along with the presence of Arcadia Earth, a 15-room experience including VR sections that gives visitors a view of a number of environmental issues and processes. It looks like a pretty stunning exploration of the challenges facing our oceans in particular.

Chinese start-up WonderLab is looking to virtual reality to explore how it could be of benefit to better understanding the root of drug addiction.

It’s created a VR experience that effectively places you in a dimly-lit alley with the chance to partake in a drug deal, and then gives the option of smoking yourself.

If that sounds simplistic, it’s complicated by WonderLab monitoring users’ pulse, brainwaves and electrical skin conduction. These metrics are used to see how prone users are to liking the idea of taking the drugs, and therefore to explore our understanding of addiction and recovery. A bit like a polygraph, this can be more accurate than self-completed questionnaires on how recovering addicts are feeling.

China has 2.4 million drug users, a small proportion given its population (and in comparison to the US), but methods for treatment and diagnosis are still key, but this sort of tech could be useful the world over.

Playstation VR can play nice with your Mac 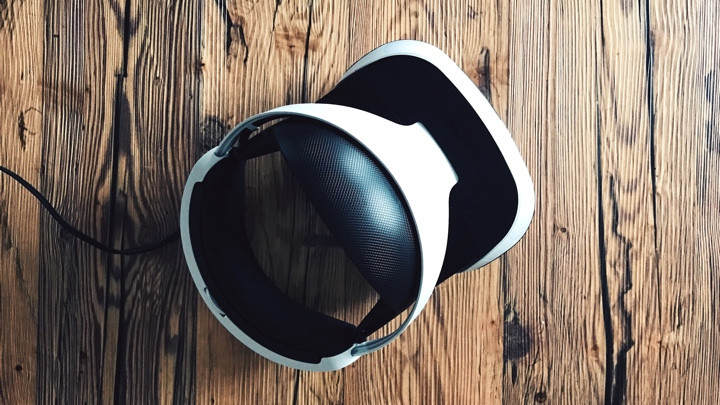 Playstation VR is a great, affordable way to get into VR if you’re a Playstation 4 owner. It’s got a drawback though, in that it’s tied to the Playstation, so you’re not that free to explore what you can do with the headset.

Now, a disclaimer straight away – this isn’t an approved, above-board process. You’ll be taking your PSVR life in your own hands. But, a new GitHub app called MacMorpheus has emerged that can get your Playstation VR working with VR videos from your Mac, letting you watch movies and experiences in freedom.

The process, laid out by Android Central here, is a little involved, but seems to be working for a bunch of users, so this could be your chance to broaden your Playstation VR horizons even further.

Helping inmates to get ready for new lives 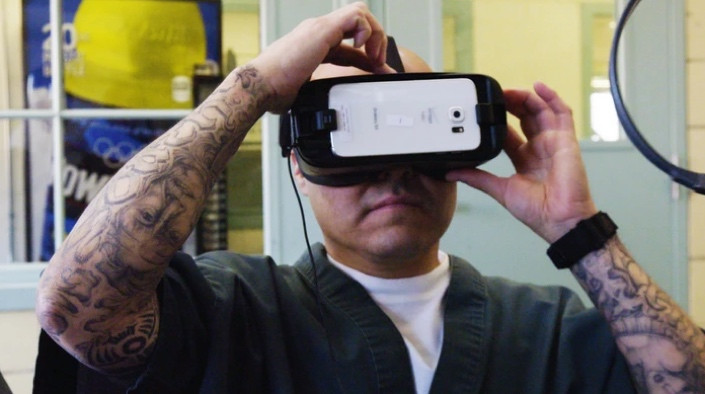 The state of Colorado is trying out a new programme to help prepare inmates who’ve been incarcerated for 20 years, or were convicted as juveniles, to get ready for life outside.

They go through a process that includes VR experiences to learn skills they didn’t have the chance to learn before being imprisoned. We’re talking doing the laundry, going to the shops, ordering drinks in bars – things most of us take for granted.

These prisoners have been behind bars since well before smartphones became widespread, so they’ve got a lot to catch up on. This is an empathetic, thoughtful use of VR tech, and it would be great to see it spread.

Cartoon Network’s keeping up with the times

Many of us remember the days when Cartoon Network could happily fill whole afternoons with witty, hand-drawn fun.

Well, all isn’t lost – you can still recapture your youth (or enjoy it, depending on your age) on the most modern of viewing platforms. Cartoon Network is planning a set of VR experiences, gathered in Journeys VR, a free game launching 1 October on Steam.

Players will be guided through three kooky experiences by Reggie Watts as Gormlorm, playing as a one-winged bee, a court jester, and a cosmic novice at various points. It looks like really good, wholesome fun, and will work on Oculus Rift and HTC Vive VR headsets.

Try this: Quaint VR social hubs in Half + Half

Not every VR game has to try to mimic reality – in fact, many of the best go for a more simple, blocky style.

Half + Half is out now, comprised of a set of social areas to play in with friends in VR, which allow you to perform gentle tasks and games while exploring a kooky landscape. You might be playing hide and seek, or dancing around with wiggly arms – the world’s your oyster. Or the four levels are, anyway.

It looks pretty darn delightful, and at £10.99 won’t break the bank. You can pick it up through the Oculus Quest or Oculus Rift storefronts now.