Brutalism is having a moment – and the Diesel Axial has been designed to play homage to the architectural style that’s historically divided opinion.

But that’s a bold statement for designing a watch. Where others see monstrous beauty others have described Brutalism as “hideous” and we feel the same divide could beset the Diesel Axial smartwatch.

Let’s start on that look. No, those aren’t screws but rivals, slammed into the dial of the watch – the thick aluminium surround that makes the watch feel big, thick and chunky.

Prominent lugs finish a case that makes no apology about size or weight – although the aluminium build means it’s not that noticeable on the wrist. 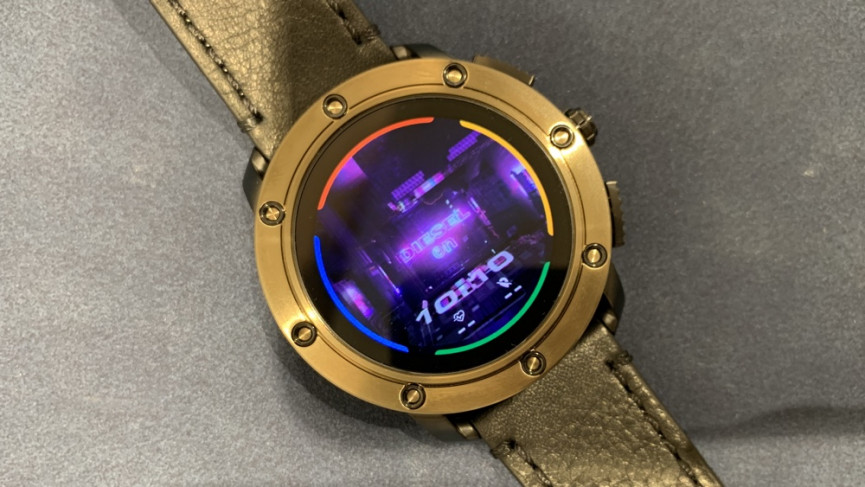 The buttons are industrial-looking ridged pushers, and the sides of the case cut inside to reveal an aluminium “core” which is accented with colour that possibly feels too soft and subtle to be truly Brutalist.

You can’t argue with the overall effect – you either love it or hate it.

That will follow with the straps too. There are two leather options, a steel link bracelet and one made of denim, if you really want to challenge the sensibilities of those around you.

While this is the third generation of the Diesel smartwatch line-up, it brings the technology in line with Fossil’s 5th generation line-up. 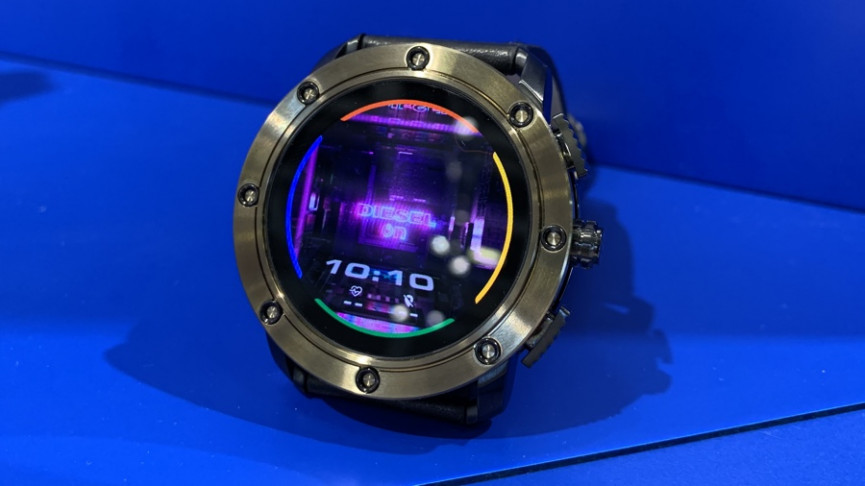 That means you get heart rate, GPS, a speaker built in and swim-proofing. However, unlike the Emporio Armani Smartwatch 3, there’s precious little sport styling here – and there’s no silicon band in the line-up.

The screen is identical to the rest of Fossil Brand’s and is crisp and clear – although the animated watch faces do challenge it more than static displays on rival watches.

As you get with Fossil Brand devices, there’s a collection of Diesel-specific watch faces and micro apps.

There’s an insane futuristic, Matrix-style watch face – the Information Tunnel – which, again, some will detest. However, we’re slightly disappointed the nods to Brutalism don’t extend to the watch faces.

The Axial continues the tradition of weather effects, and you’ll get nifty little animations based on the forecast in your location. 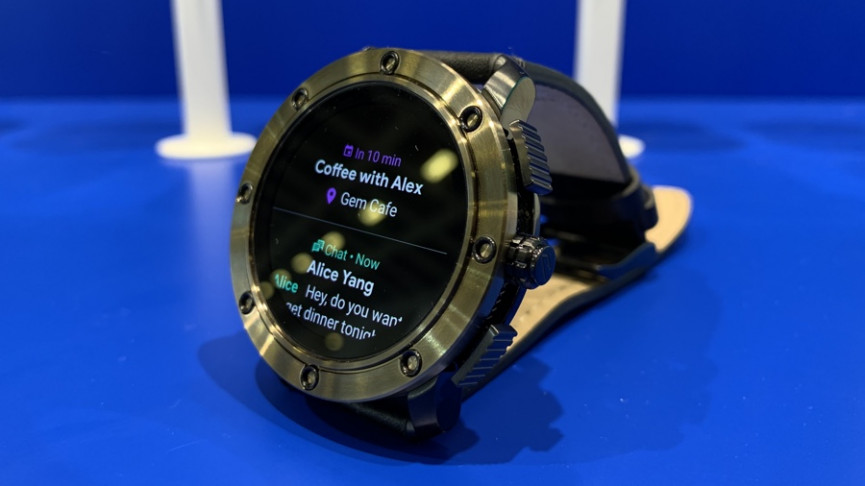 Brutalism divided experts and it’s fair to say that Diesel nailed that aspect with the Axial smartwatch. It’s not for everyone – but some will love it. It’s a big departure from any other smartwatch out there and doesn’t pull any punches.

From a smartwatch and technology perspective, it’s running a top chipset and takes advantage of the Wear OS ecosystem.

It’s a standard experience, and one we’ll need to spend time reviewing. But if the Axial has got you riveted, it could well be worth a look.