If you’re looking for the best smartwatch but don’t have a whole lot of money to spend, don’t panic – there are plenty of cheaper options out there that don’t suck.

Whether you’re looking for something under £100, or you’re willing to stretch things out to around the £150 mark, you can still live a smartwatch life as full and happy as your Apple Watch and Fitbit Versa 2-owning friends.

While you might have to make some compromises on aspects like advanced sports tracking or luxurious design, you’ll still be able to do things like receive notifications and track your fitness. Of course, these watches are compatible with iPhones and Android smartphones too.

If you head over to Amazon, you can pick up a host of smartwatches for as little as £15, but take it from us, those really cheap ones are awful. We know, we’ve played with a bunch of them. So if your wallet can’t stretch to an Apple Watch Series 5 or a Samsung Galaxy Watch, read on for our list of decent cheap smartwatches you can grab without breaking the bank.

Any questions about our selections? Let us know in the comments section below. 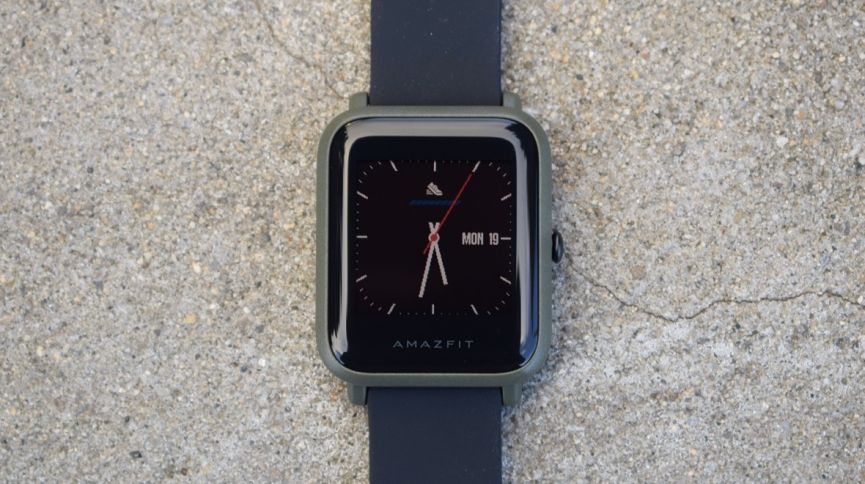 Xiaomi spinoff Huami has been making budget smartwatches for a while now, but its latest effort is its most compelling. It looks like the lovechild of a Pebble and an Apple Watch, but it also comes with up to 45 days of battery life (30 days if you cut out some features, like constant heart rate monitoring).

Speaking of features, you’re going to get some solid GPS and heart rate performance. It’s also extremely light and comfortable. We wish it was made out of some better materials and did more, but for the price (and with that battery life) it’s tough to beat.

There are some downsides, like the plastic casing and slightly clunky interface. But the good definitely outweighs the bad here, and the Bip is one of the best cheap smartwatches you can get on your wrist. 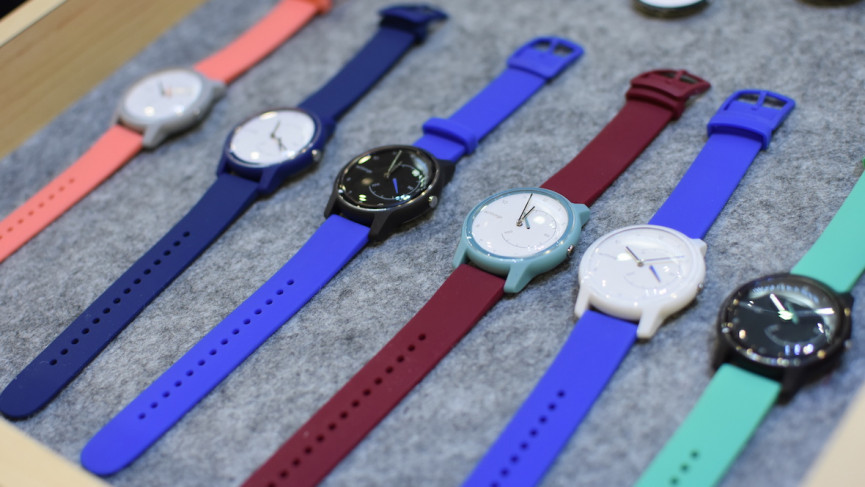 Following a short tenure at Nokia, Withings is back to scrappy startup status. The Withings Move is one of its first products in the post-Nokia era, a simple hybrid with plenty of character – and a super affordable price. There are actually two versions here, the Move and the Move ECG, the latter offering an electrocardiogram sensor for a bit of a bump in price.

With the Move though, you’re getting plenty of features here for your money. There’s reliable 24/7 activity tracking and it’ll even automatically recognise swimming and track your running (with your phone GPS). There’s sleep tracking too, 18 months of battery life and the ability to truly customise your watch. You can select the dial, case, hands and band to help make your Move feel more unique.

The Move costs just £59.95 and is out now, while the ECG version is priced at £129.95 and is available in the EU, while Withings is still waiting to get the FDA nod for US sales. 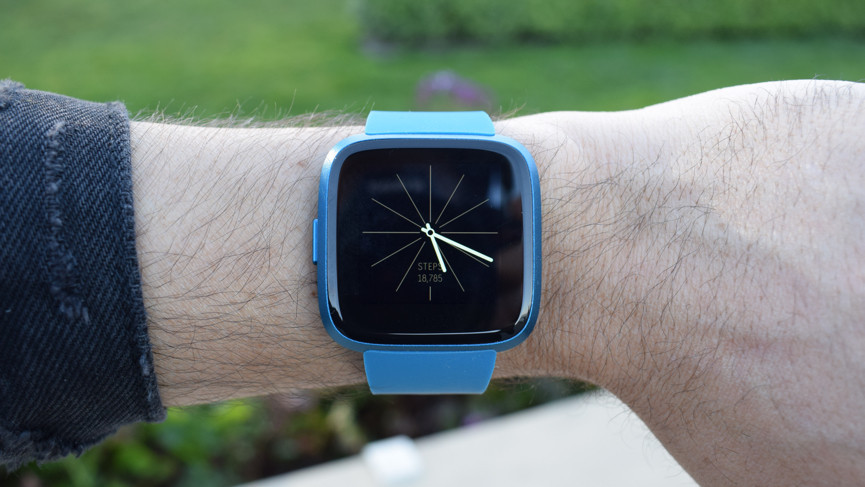 The Fitbit Versa was a big hit, already getting a sequel, the Versa 2. The same can’t actually be said for the nonetheless great Versa Lite Edition, which has sold disappointingly, and kills some features in an effort to drop down that price. There’s a single button and no swim tracking or on-screen workouts.

Otherwise, you’re getting many of the same features that the Versa 2 has. That includes 24/7 activity tracking, sleep monitoring and a five-day battery life. You’ve also got that heart rate monitor for continuous and workout based tracking and a SpO2 sensor that further down the line can be used to unlock serious health monitoring features. You’re also getting fitness tracking and Fitbit’s app store plus a good number of watch faces.

If you can live without the swim tracking, payments and music player support you get with the pricier Versa 2, there’s still a whole lot to like about the Lite Edition. You still get a great smartwatch experience that showcases Fitbit’s best features. 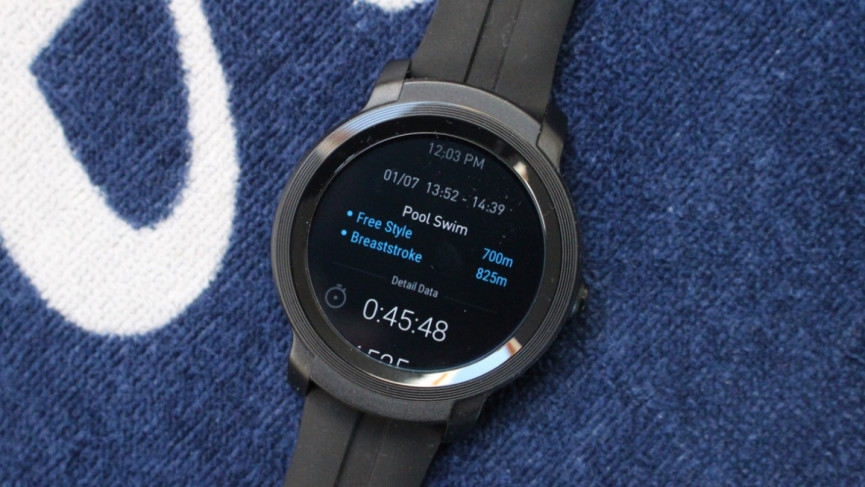 The TicWatch E2 is a little more expensive in the US than it is in the UK, but we still think it can squeeze into this price category.

Mobvoi’s budget smartwatch gives you a balanced, affordable entryway into the smartwatch world. Everything you want is here: an intriguing design that’ll remind you of an old Swatch, solid GPS performance and some good customisation from Mobvoi that’ll set your watch apart from the rest of the Wear OS cohort.

You now also get a waterproof design with added swim tracking skills, which we found to be a solid performer in the water. It runs on Google’s Wear OS so you get all those staple smartwatch features including customisable watch faces, Google Assistant and the ability to download apps.

Battery life is the 1-2 day norm for Wear watches, but it’s a solid all-rounder that does a great job for the price. 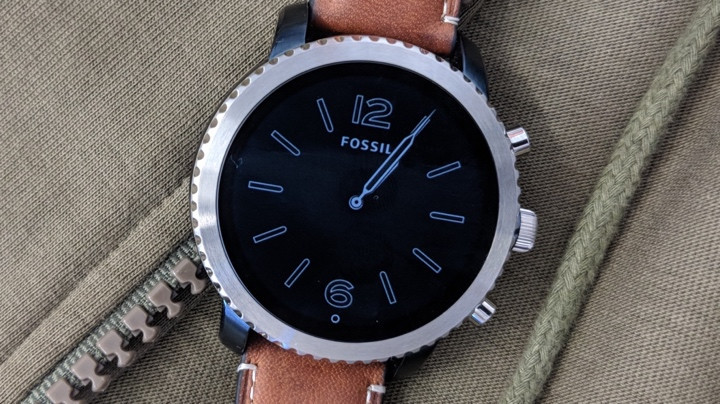 Another one that’s slightly pricier in the US, here. Fossil is one of the most prolific smartwatch manufacturers around at the moment, and has a veritable flood of models to choose from. Most are on the premium end of the scale, but with a lot of generations coming out over time you can pick up older models very reasonably.

This is exemplified by the third generation Fossil Q Explorist, which can often be found for less than £150, far less than its more recent counterparts.

Unlike later edition Fossil smartwatches, you won’t get contactless payment support or the same activity-tracking smarts. Considering the stylish looks and quality, though, there’s a good chance these won’t be deal-breakers for you. And, of course, you’ll still get features such as Android and iOS compatibility, step tracking, notifications and music control. 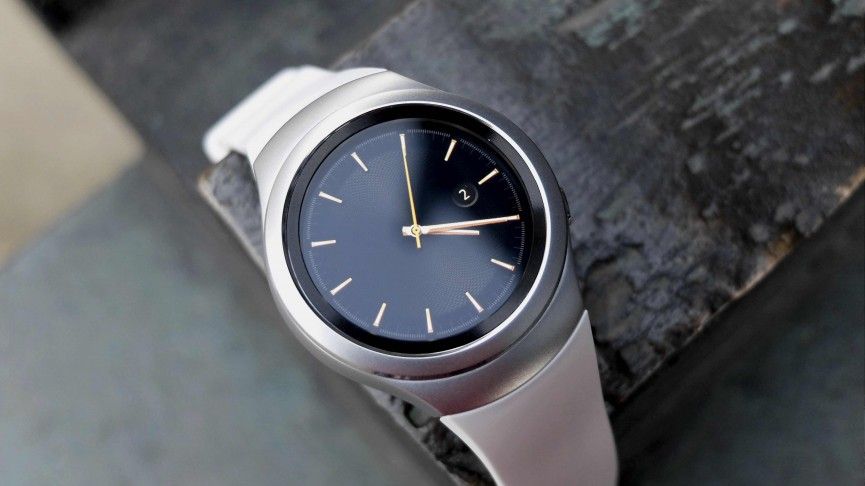 With the Galaxy Watch and the Galaxy Watch Active 2 on the scene, the Gear S2 is now the cheapest it’s ever been. But don’t be put off by the price or its age; this is still one of the best smartwatches you can get your hands on, and Samsung continues to roll out updates for the old, but still solid smartwatch.

While it might not boast the same number of apps as the Apple Watch or what’s up for grabs for Wear owners, it does have Tizen OS, which is one of the slickest smartwatch operating systems we’ve used. It’s also got that great rotating bezel for navigation, and battery life is not too shabby either.

In the features department, you’ve got a 1.2-inch 360 x 360 resolution AMOLED display, an on board heart rate monitor, activity tracking, a built-in music player (with Spotify support) and Samsung Pay. Samsung has also done a pretty good job of keeping its older smartwatches updated with new features.

If you’re happy not having the newest Samsung smartwatch, then the Gear S2 is still worth considering. 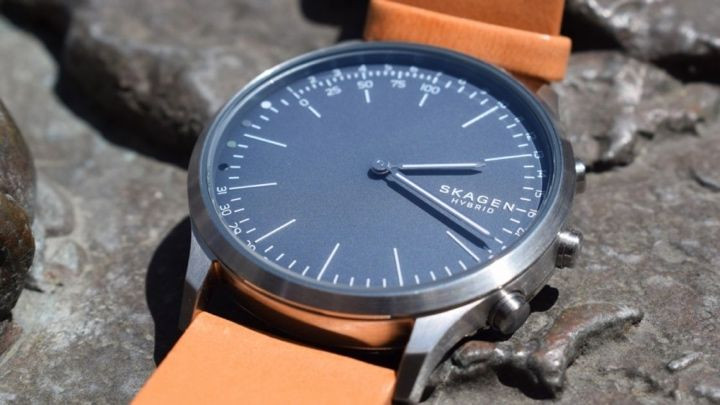 Yes we’ve snuck in another hybrid smartwatch, but if you can live with the fact there’s no touchscreen and this is an older model, this is one of the best looking smartwatches you can get on your wrist.

Aside from the gorgeous design, it’ll give you a discreet nudge when you receive notifications, track activity including sleep and has Skagen Link, which unlocks the ability to do things like control music on your iPhone or Android smartphone and take photos. It also runs on a standard replaceable CR2430 coin-cell battery, which means there’s no charger to reach for every night.

In true Skagen style, you can pick this watch up in a host of different looks and the 20mm straps are interchangeable, so you can mix up that look. It’s sleek and smart, does the basics well and is definitely one of our faves. Fossil is promising new hybrid watches sometime soon, so hopefully we’ll see something new from Skagen too.