Apple has finally confirmed the release date for watchOS 6. The next big software update for the Apple Watch will land on the 19 September.

Apple dropped the news at the unveiling of the Apple Watch Series 5, which will land a day later on the 20 September and will come packing the latest smartwatch OS.

For those with Series 4 and Series 3 watches, you will be able to download the update on the 19 September to reap the benefit of those new features. The picture is a little more fuzzy for Series 1 and Series 2 owners. Apple says that the update will come for those watches at some point this fall.

So, what is Apple actually introducing to its collection of smartwatches? Here’s the lowdown on the key new watchOS 6 features you’ll be able to play with. 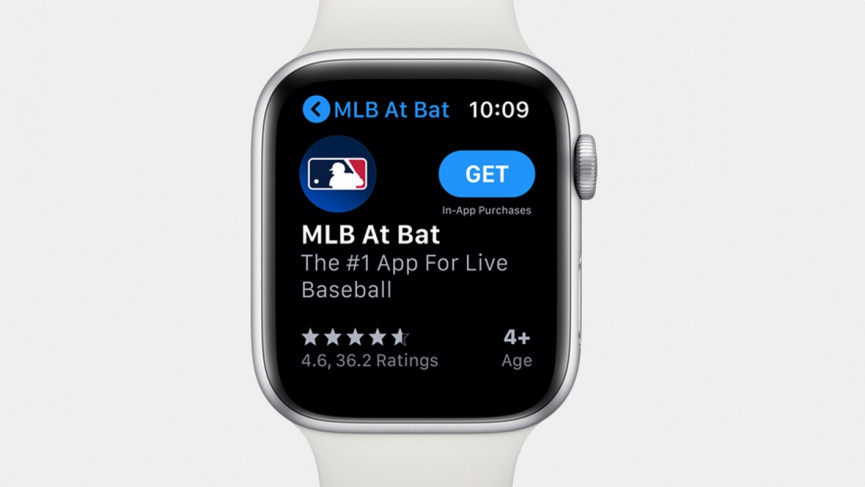 The headline news is that Apple is introducing a dedicated App Store to the Apple Watch for the first time. You’ll now be able to browse, purchase and install apps from the wrist and there are also curated lists to help you find something new. You’ll also be able to search for apps via Siri, dictation and scribble features, to make it easier to find the Apple Watch apps you need in your life.

The addition of an on-wrist App Store could be especially useful for users of the LTE Apple Watch, as they’ll presumably be able to download apps over their data connection. We’ll be able to confirm this when the update drops later this month. 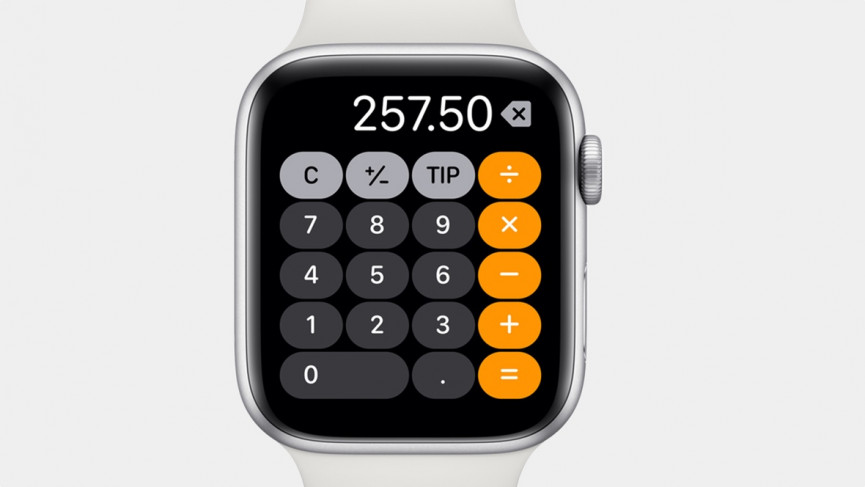 Apple is bringing new apps to the Watch in watchOS 6, including additions such as Audiobooks, Voice Memos and Calculator. That Calculator app will include a tip calculator feature to help make it easier to decide who owes what when it’s time to pay up at the end of a meal – handy. Audiobooks will automatically sync titles in your Reading Now list to the Watch while Voice Memos will also be joined by a redesigned Reminders app to make sure you never forget anything.

Another big piece of news on the app front is that apps can now run independently, and won’t need to lean on the companion app on your iPhone. Streaming audio from apps like podcasts, music and live streaming will also be added into the mix in watchOS 6, too. 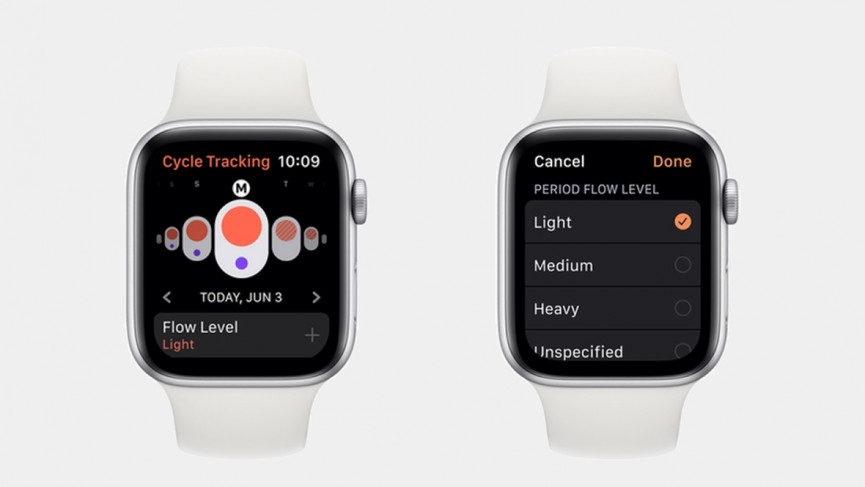 Like Fitbit and Garmin, Apple is bringing menstrual cycle tracking to its smartwatch, enabling women to understand patterns and predict period and fertile windows, with the feature also offering the option to send out notifications with key tracking information. There is also support to add flow information and symptoms such as headaches or cramps.

Apple is making the new Cycle Tracking app available to all iPhone users, as well, so you don’t have to have an Apple Watch if you want to make use of the feature. 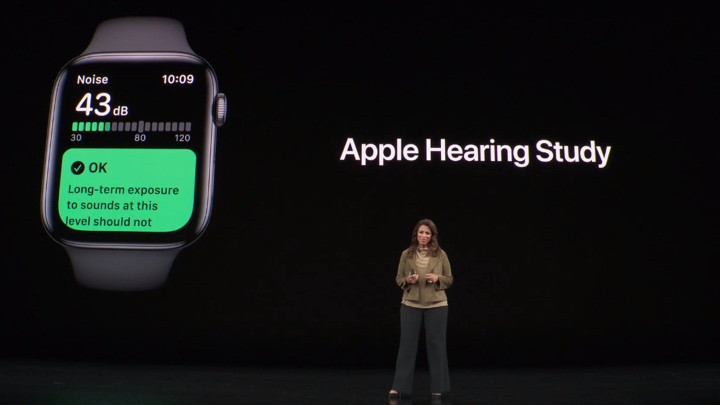 Apple made a big noise about medical research during its presentation, and no wonder – it’s been giving more and more focus to medical issues in the last couple of years.

It’s releasing a new Research app this fall, which will allow users to participate in large-scale data experiments, to help medical researches gather information and stats for their theories.

Apple highlighted a few examples, including a Hearing Study that will take advantage of the new Noise watch app, which you can read more about further down. Others shown off included a Heart and Movement Study, and a Women’s Health Study, using the menstrual tracking detailed above. 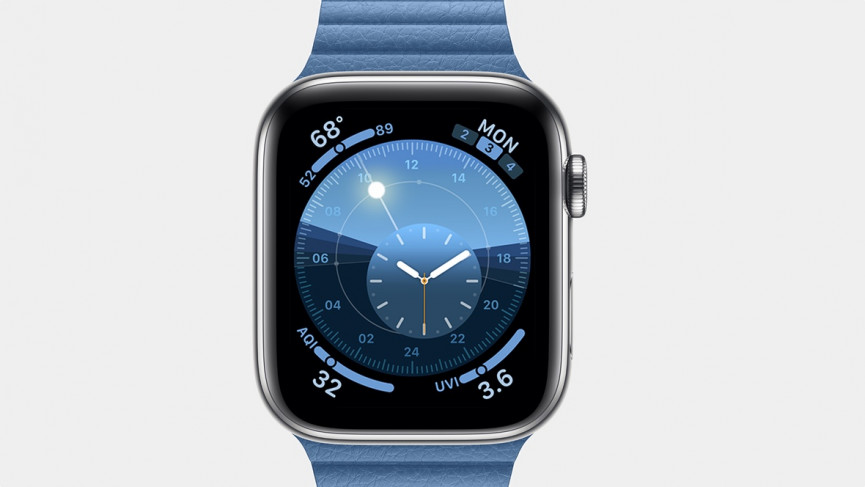 Apple is still not giving us the third-party watch faces we’ve been pining for, but we will be getting more faces to choose from, that will also offer better support for complications.

There’s a new ‘Gradient’ face on the way, which will give you, you guessed it, a gradient of any color you choose; a ‘California’ dial, mixing Roman and Arabic numerals; a redesigned ‘Solar Analog’ that looks like a sundial; an ‘Infograph Subdial’ with larger complications; and two new ‘X-Large’ faces for those who just like to really see the time.

A watch that chimes

Yes, Apple is bringing a feature to add that traditional timekeeping feel to its smartwatch, using the onboard taptic engine to send a silent vibration on the hour. You’ll also be able to set an audible chime and hold two fingers on the watch face to hear the time out loud. 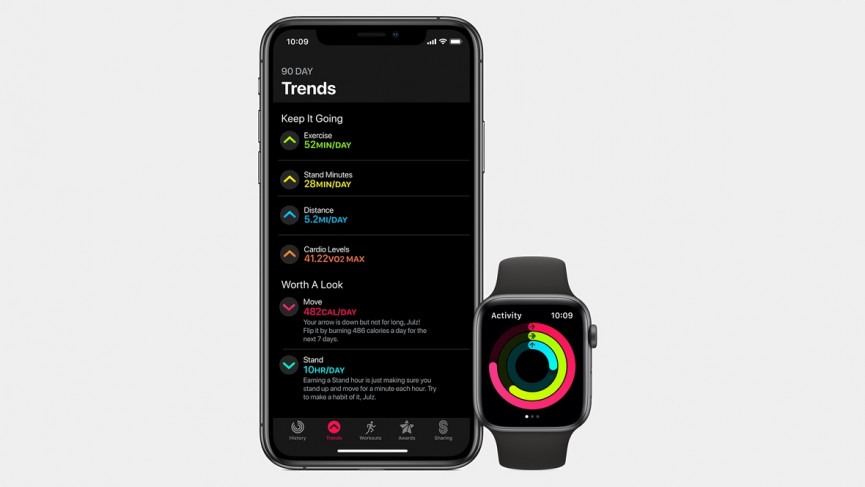 The Apple Watch is a pretty fantastic fitness tracker, and while we’re big fans of closing those rings, that tracking data doesn’t really get put to good use. That’s something Apple is planning to change in watchOS 6 with the introduction of Activity Trends.

The Watch will now analyse nine key health and fitness metrics including walking pace, flights of stairs climbed, VO2 Max and cardio fitness level. It’ll compare progress over 90 days compared to last 365 days to offer insights on whether you’re on the up or you’re slacking, and offer coaching to keep you on top of your goals.

Siri and Shazam buddy up

Apple bought sound discovery app giant Shazam last year and now it’s better integrating the service with its smart assistant. Now when you’re out and hear a song you like, you can raise your wrist and ask what it is. It looks like this is a feature that will require cellular connectivity to make the most of it though. 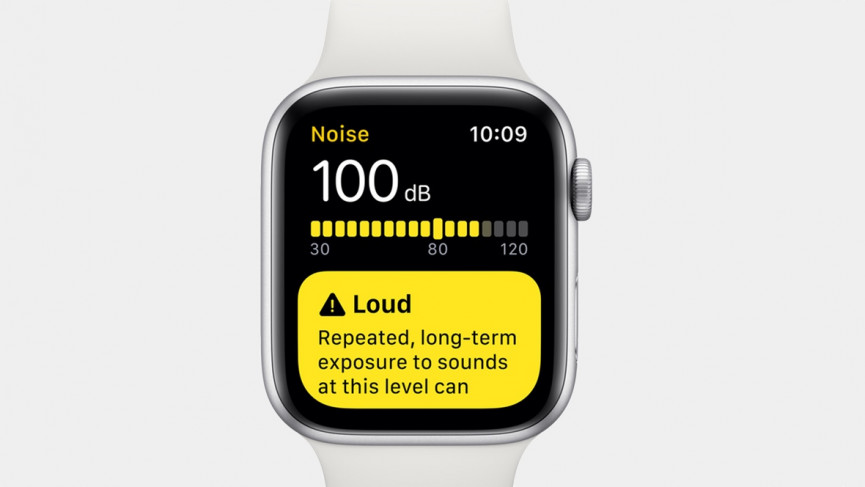 The Apple Watch might live on your wrist, but now it wants to help take better care of your ears. It’s introducing a new Noise app, which uses the on-board microphone to assess the decibel level in your current environment. It will alert you when your ears are being exposed to dangerous sound levels that could cause temporary hearing loss. Apple has also been keen to make it clear that it doesn’t record or save the audio that the Noise app monitors.

Apple is bringing those live stickers it debuted on the iPhone down to the wrist, letting you respond to messages from your Apple Watch with a singing poop or monkey when words, scribbles or your voice just don’t cut it. 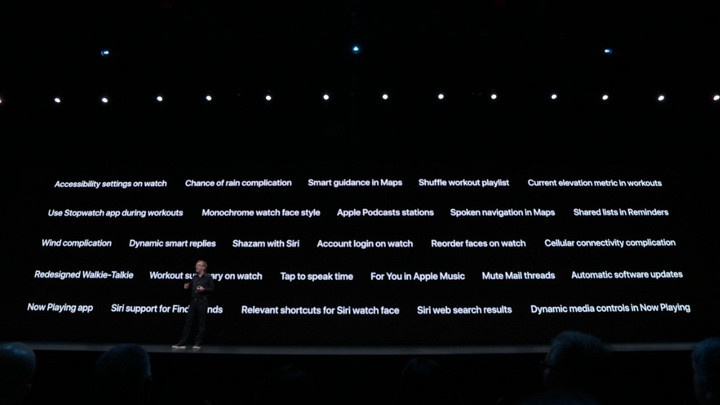 In typical Apple fashion, it didn’t go into in-depth detail on all the new features that watchOS 6 will pack. However, back at WWDC earlier this year, it gave a sense of the tweaks in store by flashing up a range of additions during its presentation. Many of these features have been available in beta versions of watchOS 6.

A few that have caught our eye are the chances of rain complications, smarter guidance in Maps, the ability to reorder faces on the Watch, using a stopwatch during workouts and a cellular connectivity complication. While they might not sound like groundbreaking features, they might be the type to prove useful day-to-day.