What were you expecting from the Apple Was Series 5? It was a hard one to call. The Series 3 and Series 4 held few surprises owing to some major eve-of-launch leaks, but there were very few secrets spilt around the Series 5, and some of what we did get was misleading. It got to the point that some people predicted Apple would skip a smartwatch this year altogether.

But the scarcity of rumors was itself a hint that the Series 5 would be more of an incremental update, after the Series 4 represented the biggest leap forward yet for the smartwatch. The Series 4 changed the size options and added an EKG, hurling the wearable into serious health tracking.

Read this: Apple Watch Series 5 – what we didn’t see

The Series 5 changes are more measured and almost entirely focused on design. We got a short demo with the new smartwatch at Apple’s big event – here’s what we think. 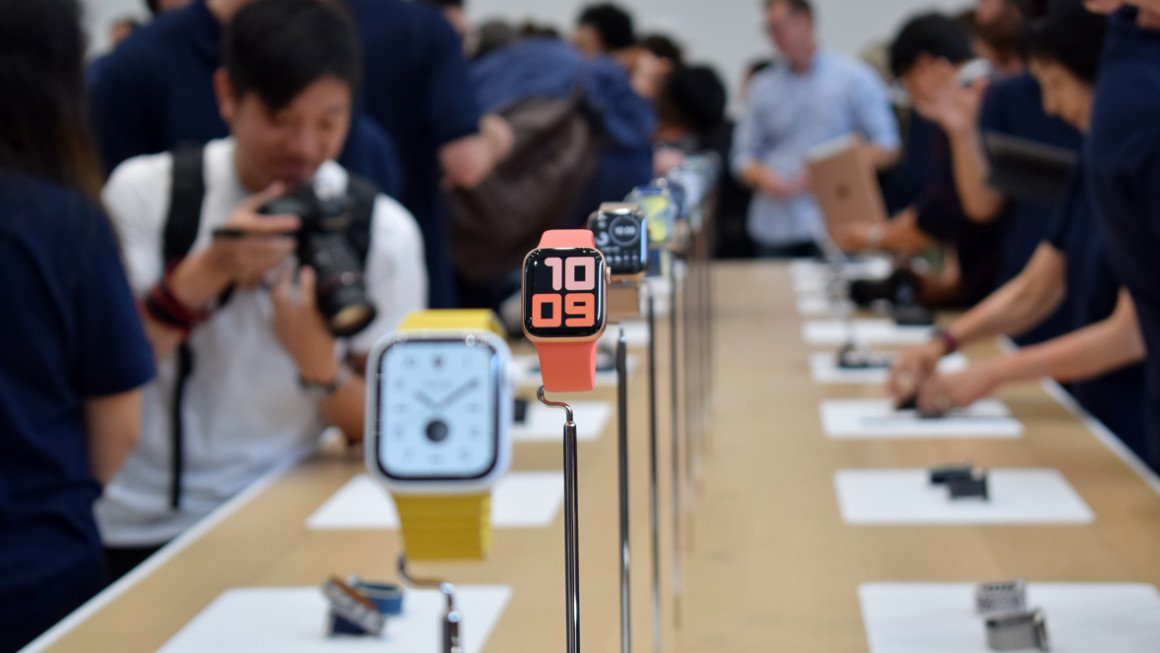 With the Series 5, there’s a new lineup of materials and colors to choose from. Ceramic is back! It also costs $1299! But the new brushed titanium finish, which comes in black or grey, is a “more reasonable” $799.

That puts it just $100 above the stainless steel model, which is still doing its thing, and leaves the aluminum model as the most affordable option. But you also have the choice of GPS-only or cellular, the latter costing more.

The cheapest Series 5 you can get is $399, which is the GPS-only in aluminum. $499 will get you an LTE model. Want an Apple Watch and don’t mind missing some of the latest features? The Series 3 is now the cheapest entry point at $199. My hot take: that’s the biggest news of the day. If I was any other company in the wearables space right now, I’d be terrified. 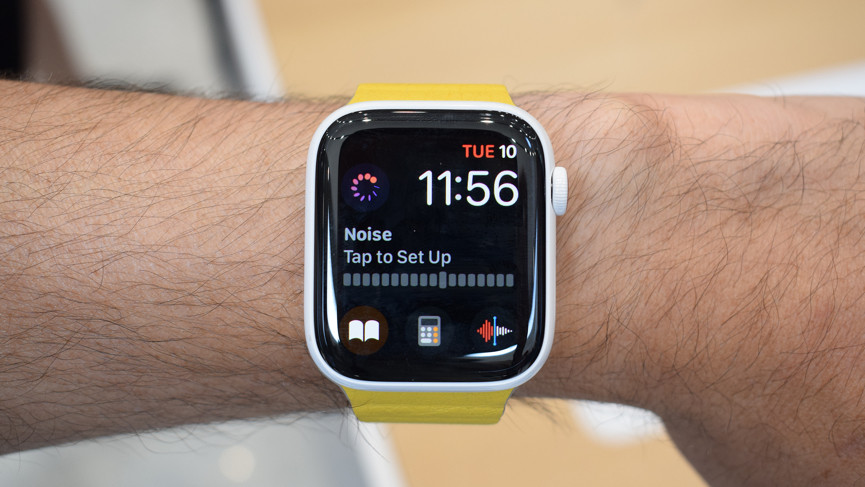 It’s interesting to see some of these new flourishes and designs in the Series 5. If you recall the very first Watch, Apple poured a lot into its premium finishes, including a staggeringly-expensive 18-karat gold version. Then, when it became apparent that the aluminum model was going to be its baby, the company took a few steps back from the luxe market and doubled down on the cheaper model.

It’s always offered nicer options like the stainless steel, sure, but with the Series 5 it feels more like Apple’s putting the focus back on the Watch as a fashion accessory. 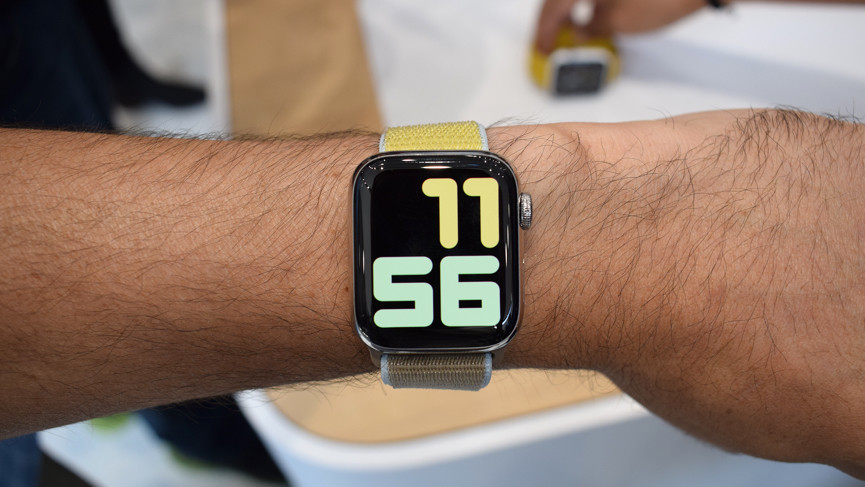 Not only do we now have the ceramic and titanium options, but there are leather bands and even a Milanese gold loop. There’s a lot more ways to customize your Watch, and in fact Apple has changed the purchase process, online and in-store, so you can buy your Apple Watch with any band you choose.

Apple’s also continuing its partnerships with Nike and Hermes, offering bespoke bands and watch faces for both once again.

A screen that’s never off 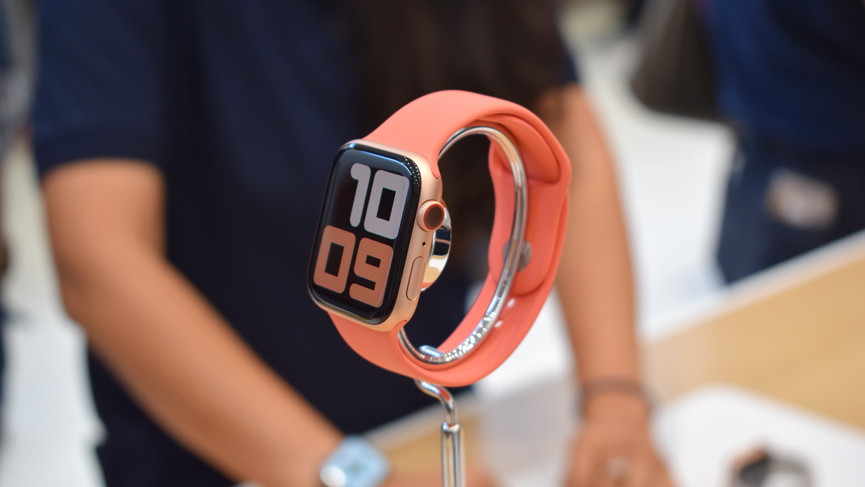 If there’s a headline feature for the Series 5, it’s the always-on display. Apple has finally afforded us the option to see the time – and a few other morsels of info – on the screen at all time. When it kicks in – either by putting your wrist down by your side, or covering the screen with a hand – the display will dim and certain animations, like the seconds hand, will stop.

Best of all, it says this doesn’t come at the expense of battery life. You’ll still get up to 18 hours from a charge.

While that initially seems impressive (and on a technological level, it is) shortening the battery life any further to implement this feature would mean people probably wouldn’t use it. So I get why it took Apple so long to give us this. I’ve been wearing the Fitbit Versa 2 for the past couple of weeks, and that has an always-on screen too – but is shaves a couple of days off the battery. 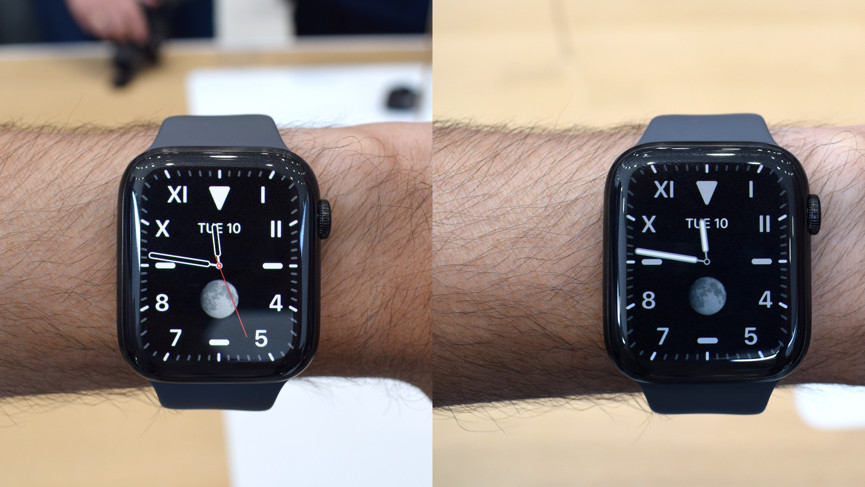 Screen on (left) and in dimmed mode (right)

While also being more convenient, the always-on display makes the Apple Watch feel like, well, more of a “real” watch, and less of a block computer on your wrist that only springs to life when is demanded.

But the always-on feature only applies to certain watch faces. All of the new ones being added with watchOS 6 will support it, and one representative told us a handful of older ones have an always-on mode too; but a few won’t simply due to the face it strips away some of the animations, which won’t always work. A good example is the lively Mickey/Minnie watch face, which wouldn’t work in a low-power state.

An Apple representative told us that you can turn the always-on feature off if you’d prefer to have the screen turn off completely, as it’s been doing for the past four years. 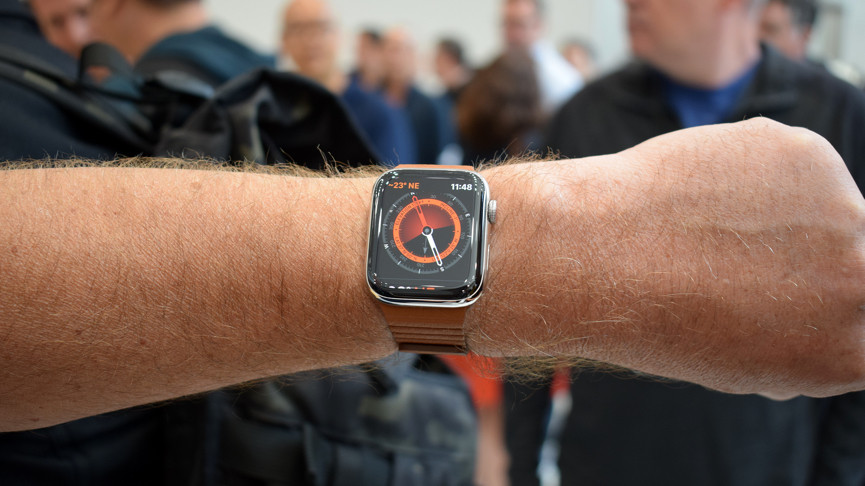 Of course, new Watch, new software. The Series 5 will come with watchOS 6, but so long as you have an Apple Watch Series 1 or later (and an iPhone running iOS 13) you can get it too.

Some of the new features are exclusive to the latest watch. One of those is the compass, which works… well, like a compass. Contrary to expectations, it does not always point to Tim Cook’s “North Star”, but actual north – though in the hands-on demo room it was having a difficult time doing even that, due to us being several feet below the ground. 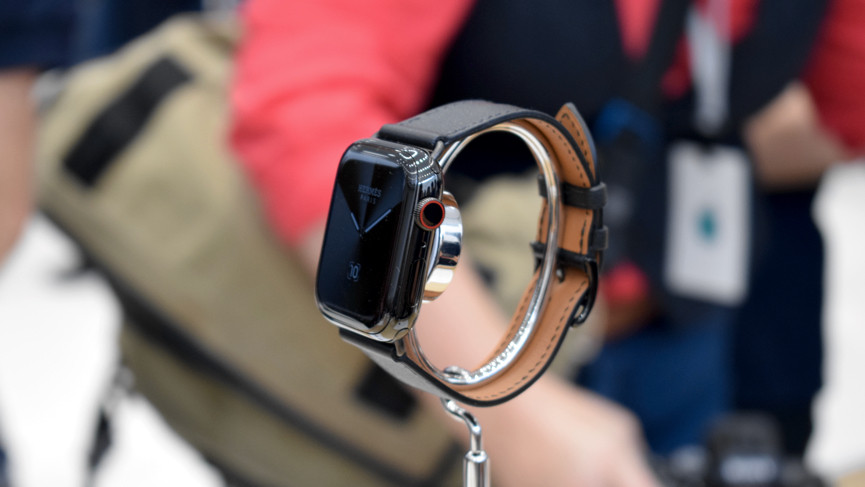 While news of a compass might not thrill you, Apple says developers will be able to tap into it for their own apps, which would be great for outdoors features.

The Series 5’s SOS function is also better, as it will now let you call the emergency services in any country you’re in, and it will connect you with the appropriate first responders.

In terms of other new features, watchOS 6 brings a bunch of new watch faces (again, all support always-on mode), new women’s health features, and on-Watch App Store. There’s also Apple’s Noise app, which monitors sound around you and tells you if you’re being exposed to noise levels that could damage your hearing. One of the new watch faces actually has this baked into it.

For a more detailed look at the new software, check out our full watchOS 6 guide.

The Series 4 was a huge moment in the Apple Watch timeline; the Series 5 may seem underwhelming by comparison. There’s not enough to justify an upgrade for Series 4 owners, but for those who have finally convinced themselves to buy an Apple Watch, the Series 5 improves and refines in several places, and offers more customization than ever before.But I’ll say it again: It’s that $199 Series 3 that’s going to help Apple eat up a market it already dominates.

The Series 5 will be available 20 September, and we’ll have a full review for you soon.