Apple has announced that it will run a free repair programme to fix broken screens on certain Apple Watch models.

It confirmed that certain models of its smartwatch are prone to screen breakage “under very rare circumstances”, and can be repaired free of charge by Apple itself or authorized service providers.

Read next: What we know about the Apple Watch Series 5

The models eligible for the repair program are the aluminium Series 2 and Series 3 models, with the original Apple Watch and Series 1 and 4 not covered. You can see the full list of eligible Watches below. Apple clarified that Nike+ versions and versions with cellular were still affected. However, in the case of the Series 3, only watches bought through September 2019 will be repaired. 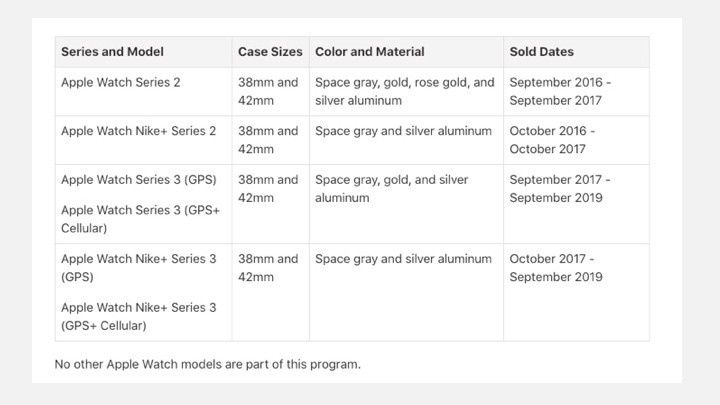 The damage in question is comprised of a crack along the curved edge of the watch’s screen, according to Apple, which may or may not continue around the whole face’s circumference. It provided the images below to illustrate the sort of cracks to look out for if you have a relevant model. 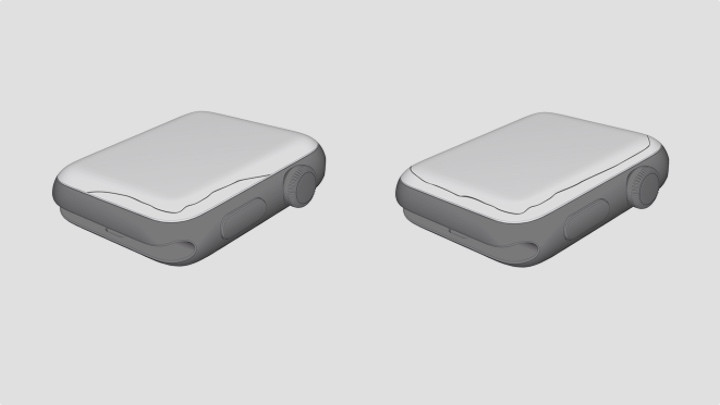 Given that the Series 3 is only covered until September 2019, it’s possible that Apple has fixed whatever issue it found in the Watch’s production. This could mean, equally, that ahead of its event on 10 September, Apple is planning to stop production of the Series 3 entirely this month.

That’s when we expect to see the Apple Watch Series 5, the latest iteration of the company’s smartwatch. The Series 5 isn’t expected to make wholesale changes in the design department, with many of the headline features rumored to lie with Apple’s watchOS 6 software update.

Full details of model eligibility, the cracks in question and how to go about getting them repaired can be found on Apple’s website. The program will run for a full year, or for 3 years after the model’s purchase, whichever is longer.