Emporio Armani is back with its Smartwatch 3, launched as part of Fossil Group’s wearable world domination plan.

Fossil is rather single-handedly spreading the Wear OS message with its massive array of smartwatches across its brands, and let us tell you, it’s not slowing down in any shape or form.

The Emporio Armani Smartwatch 3 is probably the biggest departure from its brand traditions, coming in a funky range of colours. It arrives at £369 – so it’s not the most friendly on the wallet, priced way above the Fitbit Versa, and alongside the Garmin Venu, Apple Watch and Samsung Galaxy Watch Active 2. 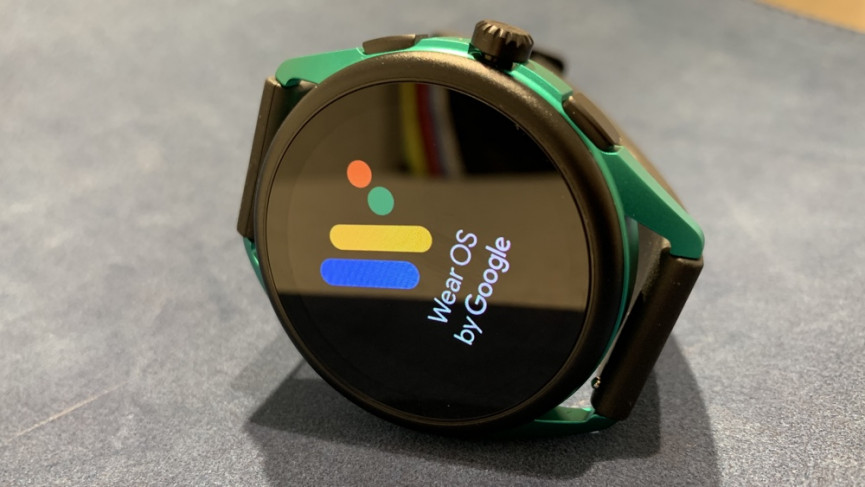 Out is the black and white, monochrome seriousness that we associate with Armani. In is funky, sporty look, which seems to be a trend in the Fossil stable at IFA 2019, with Puma and Michael Kors all following suit.

Each generation seriously improves the thickness of Fossil watches – and there’s no doubting that the Emporio Armani is slim and lightweight. It’s got an aluminium case, which helps offer a quality feel and minimal impact on your wrist. There’s no danger of feeling like you’re lugging a big hunk of watch around.

And the sporty theme continues onto the straps. There are three straps as standard – three silicon and one stainless steel link bracelet.

The colourways on offer are a very Emporio Armani black and silver – which we suspect will be the biggest hit among those who identify with the Armani brand. However, for the dreamers and deviants are brash orange, yellow and teal versions – and a big departure from what we’ve seen before.

The body of the watch itself is black, but the aluminium case surrounds the smartwatch element, and runs into the lugs.

And it’s no surprise that Armani is going for a sporty look. The Smartwatch 3 brings heart rate and GPS – and comes pre-installed with the Cardiogram app too. It’s also swim-proof, so it can be taken into the pool.

There’s a big wellness story here – and the Smartwatch 3 is here for those who want to get their device sweaty, but still wear something from a premium lifestyle designer. 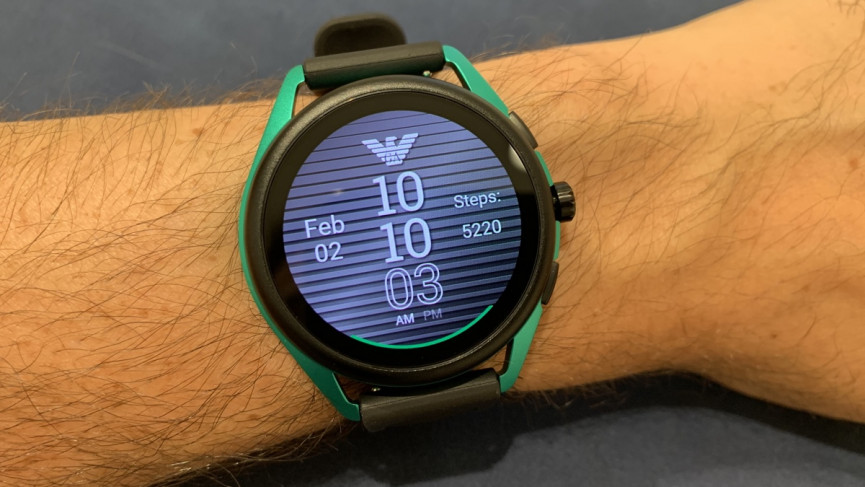 Of course, in terms of fitness tracking Google Fit and the accuracy of sensors found on the Fossil haven’t compared in accuracy or features to the likes of Garmin and Fitbit – so the experience here is for the less serious fitness fan.

The Emporio Armani runs Wear OS so there’s no surprises on the software experiences. The watch we had was in an advanced demo mode, so we got to navigate the menus and try some features.

The screen is nice and bright with punchy crisp colours – a huge improvement on the early day Fossil smartwatches. There’s certainly no complaints there from us.

It’s running on the Snapdragon Wear 3100 platform, so your getting the latest generation experience – which allows for lower power use and a nice, zippy experience when navigating the watches features.

That also means you can eke out extra days by turning off features like the heart rate monitor.

Fossil is turning out some very capable smartwatches across its brands and the Emporio Armani Smartwatch 3 is no different.

A decent spec sheet with decent health and wellness features – it really comes down to looks. The Smartwatch 3 is brash and in your face, which won’t be to everyone’s taste – but it’s sleek, light and running the best hardware, and shows how much choice there is in the smartwatch world.